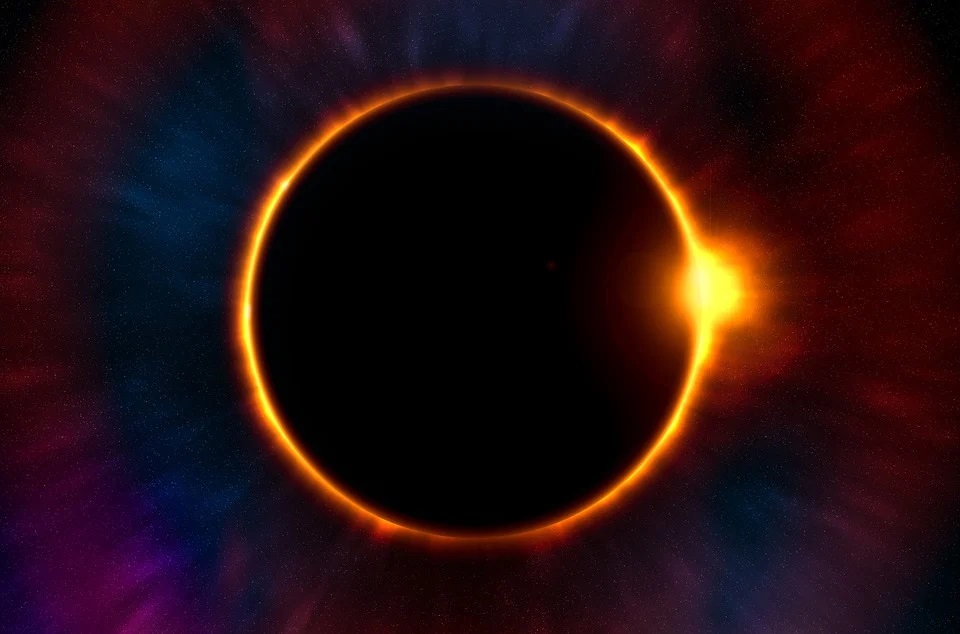 Hyderabad: The first visible partial solar eclipse in 2022 and also the last in this year, began in India on Tuesday.

Planetary Society of India (PSI) Director N Sri Raghunandan Kumar said people in Leh, Jammu and Kashmir were the first to witness the solar eclipse which began at 4.16 pm, whereas people in Western part of India will witness the eclipse starting at 4.30 pm.

Mr Kumar said people in Eastern and Central parts of India will start seeing the eclipse at 4.40 pm.

Importantly, people of Kanyakumari will be the last to witness the eclipse till 6 pm where the eclipse starts very late compared to rest of the country, at 5.33 pm, he said.

The eclipse is a Partial Eclipse across the world with a maximum of 82 per cent covered at Greatest Phase which means no place on earth will witness the Solar Eclipse as total or annular but partial.

The next eclipse visible across India leaving very few places will occur on August 2, 2027.

In less than 15 days from now, a total Lunar Eclipse will occur on November 8.

The PSI Director said the eclipse began in Iceland at 02:28 pm and ended in India at 06:32 pm after passing across Europe, North Africa and the Middle East.

Across the world this Eclipse is visible in the region covering Europe, Middle East, Northern Africa, Western Asia, North Atlantic Ocean and the North Indian Ocean.

He said the maximum part of the Sun Disk covered by the Moon will occur at 4.30 p.m.

In India, depending on the location the eclipse will be visible from 4.16 pm onwards and continue to be visible till Sunset.

People in Kanyakumari will witness a maximum of just 2% of Sun covered by Moon.

In two Telugu States --Telangana and Andhra Pradesh, Mr Kumar said, the people can see the eclipse from 4.50 pm to 5.10 pm and continue seeing till Sunset.

Depending on their location, people in Telugu states would witness between 16% to 19% of Sun obscured by Moon.

Meanwhile in Andhra Pradesh, the doors of Tirumala and Tiruchanoor temples were closed due to Solar Eclipse.

The famous Lord Venkateswara Temple in Tirumala was shut for almost 12 hours at 8.11 AM this morning.

The temple doors will be re-opened after carrying out Suddhi rituals by 7:30 PM tonight.

Only Sarva Darshan pilgrims are allowed for darshan after the reopening of temple doors, through VQC-II, TTD said.

The Sri Padmavathi Ammavaru temple at Tiruchanoor was closed from 8 AM to 7 PM this morning.

The Bhramaramba Mallikarjuna Swamy temple at Srisailam was also shut from 6 a.m. to 6.30 p.m.

Alayashuddhi and Samprokshana rituals would be performed after the temple is reopened. The darshan will be allowed from 8 p.m.

The famed Kanaka Durga temple’s doors in Vijayawada were closed at 11 a.m. and will be opened again at 6 a.m. on Wednesday.

The doors of the temple was shut at 10 a.m., soon after the Nitya Kalyanam and Sudarshana Homam. The temple doors will be opened at 7.15 p.m. the same day after the end of the purification rituals

The Yadadri temple in Telangana has been shut at 8.50 a.m.

Satyanarayana Swamy temple in Annavaram was also shut due to eclipse. However, the shrine in Srikalahasti town remained open during the eclipse.

From times immemorial, this temple was opened for religious considerations.

While the mythological serpents Rahu and Ketu are believed to cast their evil effects over the sun and moon respectively during solar and lunar eclipse, and they are worshipped in this place.

This forms the backdrop for the firm belief that the bad rays, if any, will be effectively countered by the serpents.

The temple is known for the ‘Rahu Ketu Puja’ and ‘Sarpadosha Puja’ performed by hundreds of devotees everyday to ward off astrological effects.

According to mythology, a five-headed serpent called Kethu adorns the head of Lord Shiva whereas a single headed serpent called Rahu in the form of an ornament finds place as the waist belt (Vaddanam, ornament) of Ammavaru. Hence the ill effects of eclipse not to be felt in this temple.”

There is a belief that eclipses occur when Rahu and Kethu swallow the sun and moon which results in solar or lunar eclipses. However, in Sri Kalahasti temple, both the Rahu and Kethu are worshipped and there will not be any evil effects on the temple.