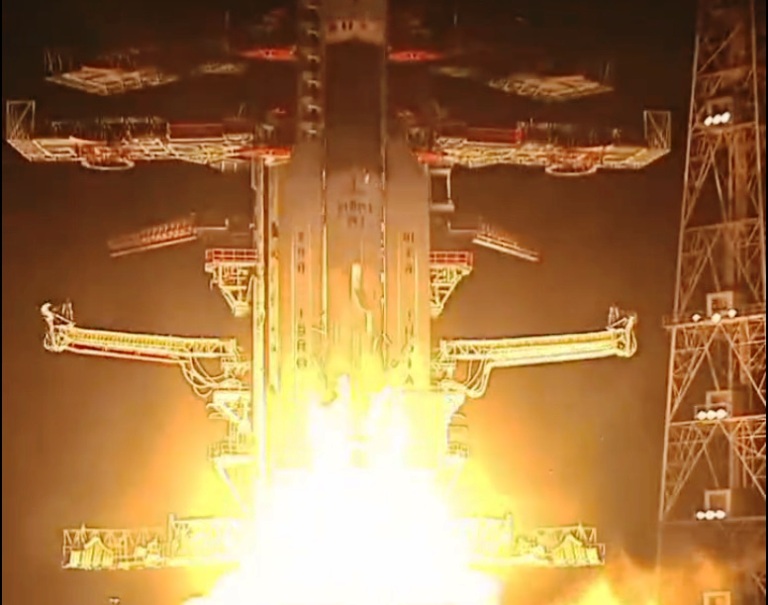 ISRO lifts off India's heaviest rocket with 36 satellites on board

With this, ISRO cemented its place in the global market for launching commercial satellites.

ISRO early Sunday described the LVM-3/OneWeb mission of 36 UK satellites into a Low Earth Orbit as a successful mission.

If you missed...
The Launch of LVM3-M2/OnewebIndia- 1 Mission from Satish Dhawan Space Centre (SDSC-SHAR), Sriharikota...

ISRO Chairman S.Somanath said, "At this moment 16 of the total 36 satellites got separated safely as achieved."

"This is a very slow process of satellites getting separated and it will take a long time...the process is on," he added.

"The remaining 20 satellites will get separated in another 40-45 minutes and it cannot be seen," he said, addressing the scientists from the Mission Control Centre.

While lauding the entire ISRO team for the success of this mission, the maiden commercial venture of GSLV-MkIII, the ISRO Chief said this second effort of LVM-3, did a wonderful mission.

It is the first multi-satellite mission with 36 OneWeb Satellites to the LEO as the heaviest Payload mass of 5,796 kg. of LVM3 till date.@isro @NSIL_India @OneWeb pic.twitter.com/TSssg9BWuo

The mission was supported by Prime Minister Narendra Modi, who wanted LVM to come into the commercial market for exploring the launch vehicle market segment.

While lauding the entire launch vehicle team for this historical mission, Somanath exuded confidence that the next mission of LVM-3 will also be a success.

The newest and heaviest rocket of the Indian space agency can carry a four-tonne class of satellite, equivalent to the weight of a large flatbed truck.