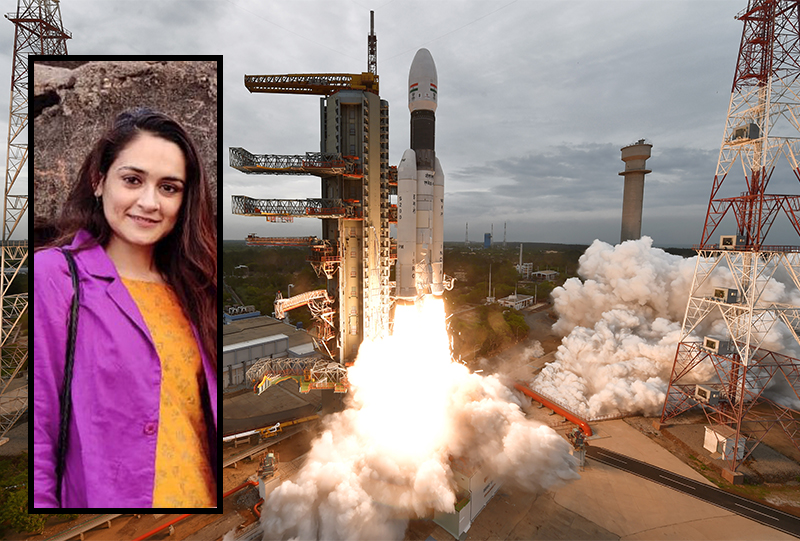 Khushboo Mirza: Chandrayaan scientist is an inspiration for girls in space science

Chandrayaan-1, which holds an important place in the Indian space program, completed 12 years on Oct 22. It was through this mission that the signs of the presence of water on the surface of the Moon were confirmed.

Aligarh Muslim University also has a deep connection with this mission, thanks to its student Khushboo Mirza. She is still in ISRO and she has also been a part of Chandrayaan-2 mission.

She worked with the development team of the Chandrayaan and Chandrayaan 2 and was honored by ISRO Team Excellence Award in April 2015.

Dr Rahat Abrar, former director of the Urdu Academy of Aligarh Muslim University and author of the book Chilman Se Chandrayaan, says  Khushboo Mirza, who is orginally from Amroha in Uttar Pradesh, passed  B.Tech (Electrical Engineering) examination from AMU in 2006. Her father passed away in 1985. Due to which her childhood was spent amid difficulties, but she did not give up and continued her studies.

His book mentions how daughters studying in Aligarh Muslim University have raised their flags of success to the moon on the basis of their education.

The family of Khushboo comes from a famous but small town of Amroha in West UP. The family has been facing all sorts of questions like their beliefs, secular credentials and similar stuff. In a telephonic chat, Khushbu says:  “I am a modern Muslim. I am an engineer, I wear western clothes, but I also read the namaz five times a day and fast during Ramadan. I see no incompatibility between these."

Farhat Mirza, her mother, adds: “Our family has been an educated one. Delhi Minorities Commission chairman Kamal Faruqui is our relative. Khushbu’s aunt taught at Welham Boys School at Dehradun. Her cousin Shabana Khan teaches at Mississippi University."

Khushtar says after the Chandrayaan-1 mission, when Khushbu’s picture with President Dr APJ Abdul Kalam was printed in a local newspaper, everyone appreciated the choices made by Khushbu and her mother. The entire town came to congratulate the family.

Khushbu is now a big inspiration for the girls of Amroha. Everyone wants their daughters to go to school and become like her.

When she is visiting her hometown, Khushbu is invited as the chief guest and speaker in educational institutions.