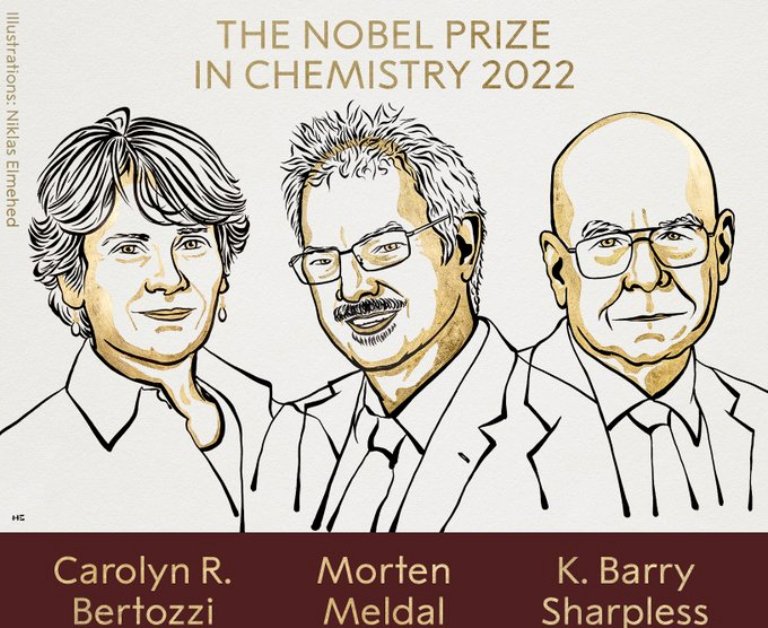 Stockholm/IBNS: The Nobel Prize in Chemistry 2022 was awarded to Carolyn R. Bertozzi, Morten Meldal and K. Barry Sharpless “for the development of click chemistry and bioorthogonal chemistry”.

According to the official website of the Nobel Prize, Sharpless and Meldal have laid the foundation for a functional form of chemistry – click chemistry – in which molecular building blocks snap together quickly and efficiently.

Bertozzi has taken click chemistry to a new dimension and started utilising it in living organisms, it said.

Barry Sharpless and Morten Meldal have been awarded the Nobel Prize in Chemistry 2022 for their effort in bringing chemistry into the era of functionalism and laying the foundations of click chemistry, as per the Royal Swedish Academy of Sciences.

They share the prize with Carolyn Bertozzi, who took click chemistry to a new dimension and began using it to map cells, it added.

Her bioorthogonal reactions are now contributing to more targeted cancer treatments, among many other applications.