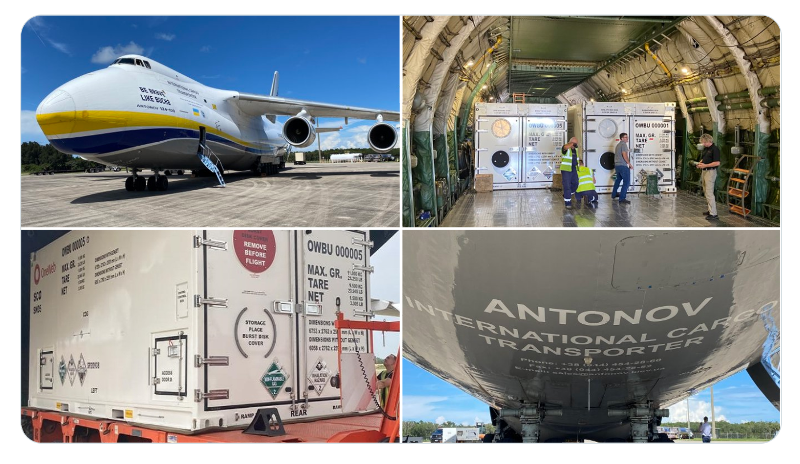 UK-based One Web's 36 satellites arrive in Sriharikota for launch

All the 36 satellites arrived at the spaceport of Sriharikota on Tuesday, One Web said in a statement on its Twitter handle.

The date of the launch was expected to be announced soon after the mandatory checks are carried out on the satellites, ISRO sources said.

We are excited to confirm the arrival of 36 satellites at the Satish Dhawan Space Centre in advance of a planned launch from Sriharikota, India 🛰️

Thanks to our launch partners, @isro and @NSIL_India as well as the team at @OneWebSatellit1. pic.twitter.com/sNapT8aG9R

With this launch, OneWeb will have more than 70% of its planned Gen-1 Low Earth orbit (LEO) constellation in orbit as it progresses to deliver high-speed, low-latency connectivity services around the world.

OneWeb has partnered with NewSpace India Limited (NSIL), the commercial arm of ISRO to facilitate this launch, which will be the company’s 14th overall, and the satellites will be put into orbit by the heaviest ISRO rocket, the GSLV-MkIII, from the SDSC.

One additional launch will take place this year and three more are targeted for early next year to complete the constellation, the statement said.