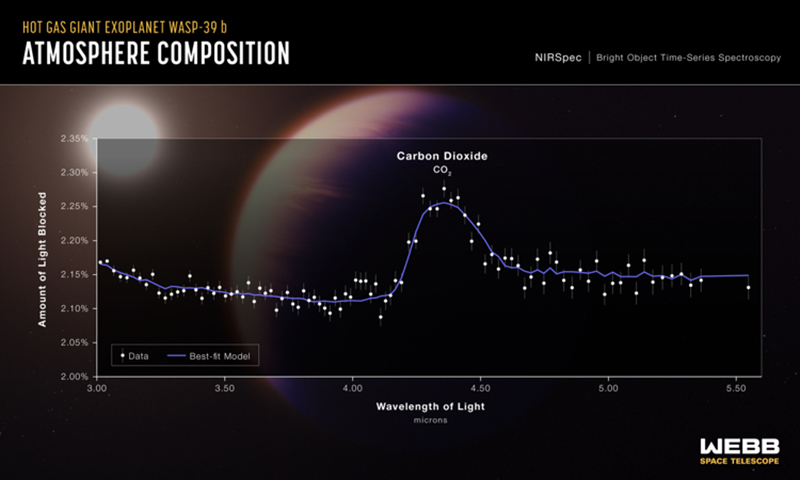 This observation of a gas giant planet orbiting a sun-like star 700 light-years away provides important insights into the composition and formation of the planet, it said on Thursday.

The research team used Webb’s Near-Infrared Spectrograph (NIRSpec) for its observations of WASP-39b, a hot gas giant exoplanet with a mass roughly one quarter that of Jupiter, the US Federal government's independent agency responsible for space research said.

In the resulting spectrum of the exoplanet’s atmosphere, a small hill between 4.1 and 4.6 microns presents the first clear, detailed evidence for carbon dioxide ever detected in a planet outside the solar system, the US civil space programme said.

The finding offers evidence that in the future Webb may be able to detect and measure carbon dioxide in the thinner atmospheres of smaller rocky planets, it said.

Previous observations from other telescopes, including NASA's Hubble and Spitzer space telescopes, revealed the presence of water vapor, sodium, and potassium in the planet's atmosphere.