While in many animals – and most dinosaurs – the eye socket is just a circular hole in the skull housing the eyeball, this is very different in large carnivores.

In a new study, published today in Communications Biology, researchers at the University of Birmingham reveal how the unusual elliptical, or oval eye sockets found in the skulls of these predators, could have evolved to help the skull absorb impact as they pounced on prey. 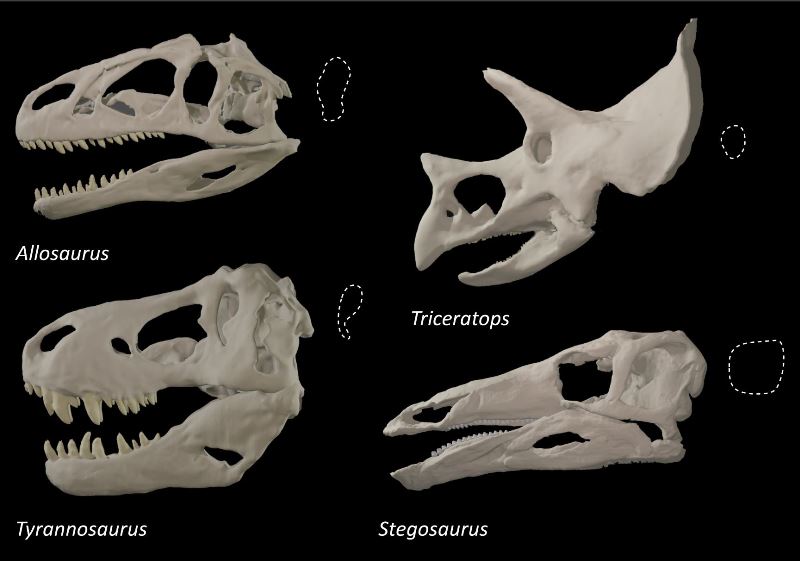 Dr Stephan Lautenschlager, Senior Lecturer for Palaeobiology at the University of Birmingham and author of the new study, analysed the shape of the eye sockets of ca. 500 different dinosaurs and related species.

“The results show that only some dinosaurs had eye sockets that were elliptical or keyhole-shaped”, said Dr Stephan Lautenschlager. “However, all of those were large, carnivorous dinosaurs with skull lengths of 1 m or more.”

The results demonstrated that a skull with a circular eye socket was more prone to high stresses during biting.

However, if these were replaced with other eye socket shapes stresses were considerably reduced allowing top predators, including Tyrannosaurus rex, to evolve high bite forces without compromising skull stability. 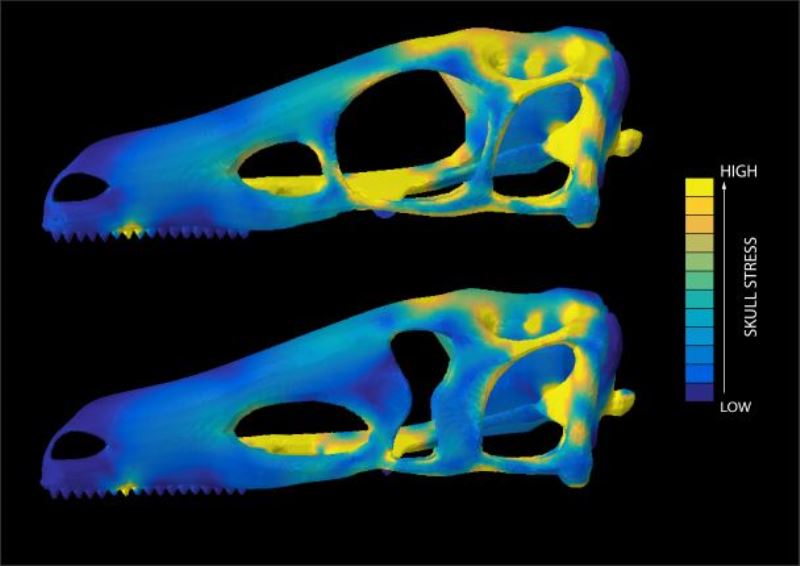 The study also showed that most plant-eating species and juvenile individuals retained a circular eye socket. Only large carnivores adopted other morphologies, such as elliptical, keyhole-shaped or figure-of-eight-shaped eye sockets.

Dr Lautenschlager added: “In these species, just the upper part of the eye socket was actually occupied by the eyeball. This also led to a relative reduction of eye size compared with skull size.”

The researchers also investigated what would have happened if eye size had increased at the same rate as skull length.

In such a case, the eyes of Tyrannosaurus rex would have been up to 30 cm in diameter and weighing nearly 20 kg (instead of estimated 13 cm and 2 kg).