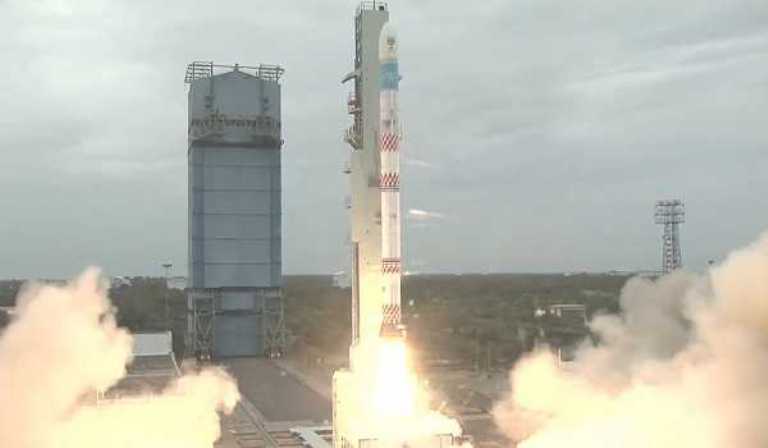 Addressing the scientists from the Mission Control Centre after the launch, ISRO Chairman Dr. S.Somanath said the ignition and separation of all the three stages of SSLV-D1 (first developmental flight) were normal.

He said that some data was lost at the terminal stage of the launch vehicle, which lifted off from the first launch pad at 9:18 AM.

"SSLV-D1 performed as expected at all stages. In the terminal phase of the mission, some data loss is occurring. We are analysing the data to conclude the final outcome of the mission with respect to achieving a stable orbit," Somanath said.

SSLV-D1/EOS-02 Mission: Maiden flight of SSLV is completed. All stages performed as expected. Data loss is observed during the terminal stage. It is being analysed. Will be updated soon.

The SSLV is carrying Earth Observation Satellite -02 and a co-passenger satellite AzaadiSAT -- developed by the student team of 'Space Kidz India', an aerospace organisation that aims to create government school students with basic understanding and knowledge of space.