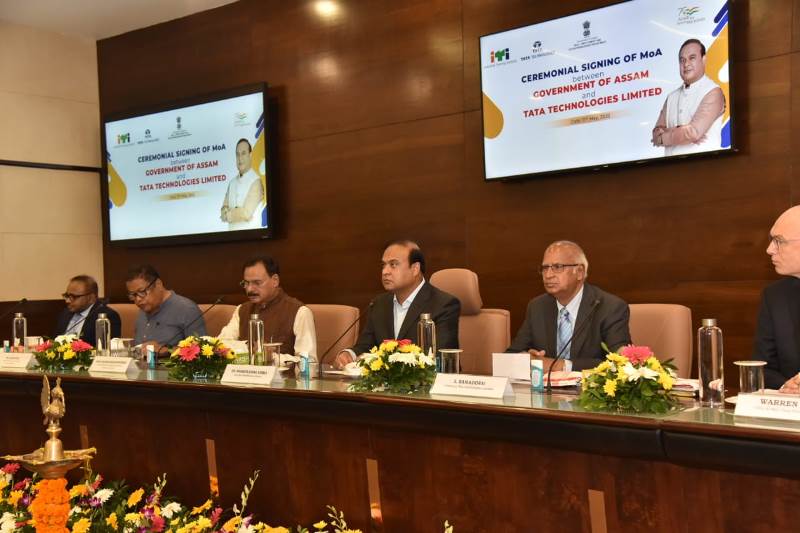 Guwahati/IBNS: In a move to upgrade technical institutes covering all aspects of curriculum, training and equipment in consonance with the latest industry needs, a memorandum of agreement was signed between the government of Assam and Tata Technologies Limited in presence of Chief Minister Himanta Biswa Sarma at Janata Bhawan in Guwahati on Wednesday.

Principal Secretary skill, employment and entrepreneurship department B. Kalyan Chakravarthy and MD Tata Technologies Limited Warren Harris signed the Memorandum of Agreement under which 34 polytechnic colleges and 43 ITIs will be transformed into centres of excellence to train and empower the youth in tune with the industry requirements and industry 4.0.

Speaking on the occasion, Chief Minister Sarma termed the day historic in the parlance of higher education and skill empowerment.

“While celebrating one year in office of the present State government, we made certain commitments. We resolved to make every moment for the development of Assam. True to its commitment our government has entered into a memorandum of agreement to bring about paradigm shift for the improvement of technical education in our state,” he said. 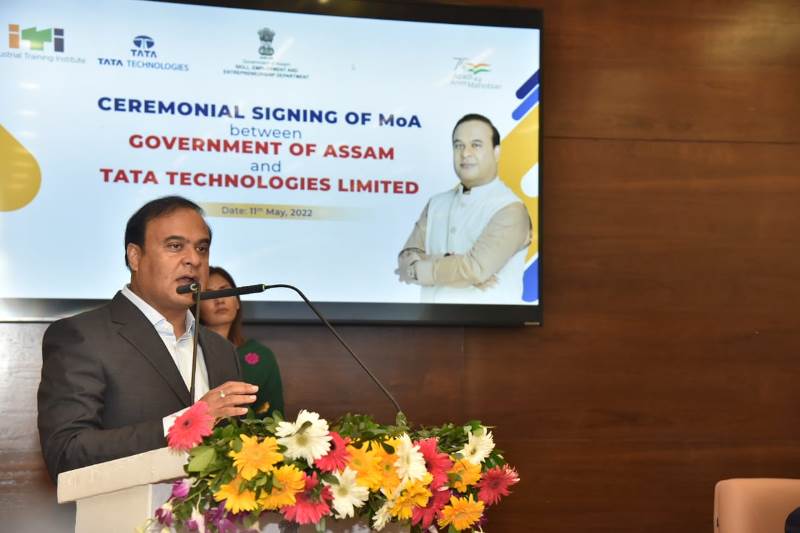 Stating about the inauguration of Gunotsav 2022 which has aimed at bringing about qualitative development of education in the state, Chief Minister Sarma said that the partnership with Tata Technologies Limited will unleash a transformative phase of education in consonance with the need of the fourth industrial revolution characterized by interconnectivity and smart automation.

As a part of the new initiative, Tata Technologies Limited will invest Rs. 2390 crore while the state government will contribute Rs. 366 crore with 12000 sq fit area in each technical institute for setting up technology labs and workshops.

Along with labs, the state government will spend Rs. 800 crore for the joint initiative.

The Chief Minister also said that for empowering the students of Assam technically and make them fit for Industry 4.0, as a result of this joint initiative, Assam will produce 15 to 20 thousand technically efficient youth in the state.

The entire up-gradation project will take off by 10 May 2023 as PWD (Building) will implement the project under the expertise of Tata Technologies Limited.

Referring to Union Home Minister Amit Shah who said that the youth of Assam need to go out,  Sarma said that in order to excel, the youth of the state have to go outside Assam to increase the jurisdiction of their role. 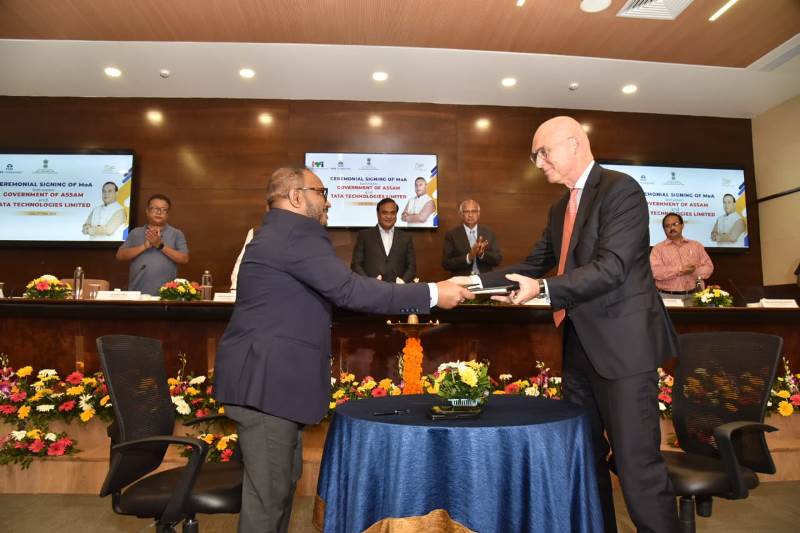 Contrary to the stereotyped thoughts, the youth of Assam should be acquainted with the rapid change to technology to remain relevant in the digital world.

Stating the partnership in cancer care with Tata, Chief Minister Sarma thanked Chairman Tata Technologies Limited S. Ramadorai for his initiative in helping the state government in deepening its ties with Tata.

He also said that the new partnership will promote state’s technical education in sync with the latest industry requirement.

It may be noted that the project involves two departments namely Higher Education and Skill Employment and Entrepreneurship and aims to the introduction of new courses/ trades, to providing modern machinery and equipment and training faculty in the institutions.

Minister for Skill Development Chandra Mohan Patowary gave the welcome speech in the programme which was also addressed by the Chairman Tata Technologies Limited S. Ramadorai. Higher Education Minister Ranuj Pegu, Advisor Education to Government of Assam Nani Gopal Mahanta and senior officers of the government were present on the occasion.