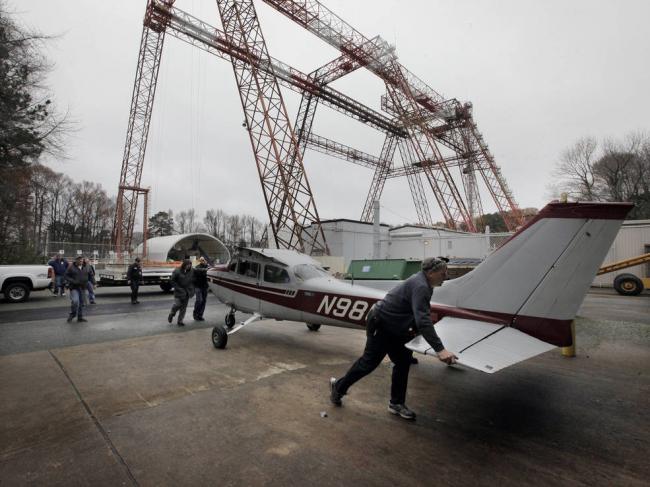 The test will take place at the agency’s Langley Research Center in Hampton, Virginia, where a research team has equipped the vintage 1974 airplane with five ELTs, two crash test dummies, cameras and data-collecting sensors.

Media interested covering the crash test should contact Kathy Barnstorff at 757-864-9886 or kathy.barnstorff@nasa.gov, no later than 5 p.m. Tuesday, Aug. 25, and arrive at the Langley gate at 2 Langley Blvd. by 12:15 p.m., Aug 26. In the event of bad weather, the test will be rescheduled.

Emergency locator transmitters are installed on general aviation and commercial planes to transmit a location signal in the event of a crash. Current ELT models send that signal to orbiting satellites, which repeat it to the nearest search and rescue ground station. The signal is used to determine and transmit the ELT's identity and location to rescuers.

ELTs have to work in the extreme circumstances involved in an airplane crash. Included in those extreme circumstances are the possibilities of excessive vibration, fire and impact damage. NASA research is designed to find practical ways to improve ELT system performance and robustness, giving rescue workers the best chance of saving lives.

This is the last of three crash tests of three different Cessna 172 aircraft. Each of the three tests simulate different, but common, crash conditions. The first plane was dropped from about 80 feet and came in at nose level on concrete. The second was hauled up to 100 feet and crashed nose down into soil, and the third is planned to come in from 100 feet, tail down, into soil.

The research is funded by the Search and Rescue Mission Office at NASA's Goddard Space Flight Center in Greenbelt, Maryland.