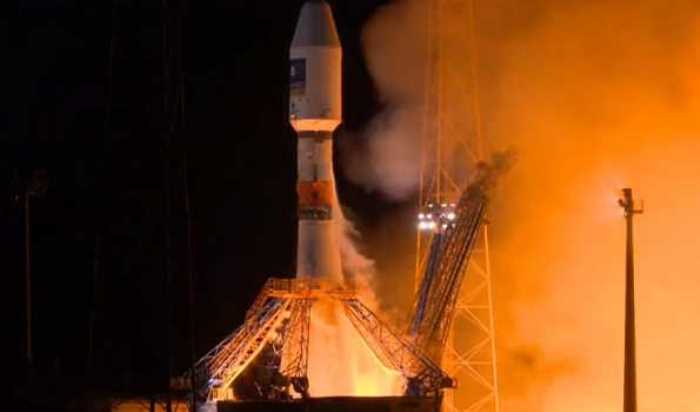 Russian Soyuz carrier with Galileo satellites lifts off from Kourou

Moscow/UNI/Sputnik: A Russian Soyuz-ST-B carrier rocket with two Galileo satellites has successfully taken off from the Kourou Space Center in French Guiana.

The launch was originally scheduled for Dec 2, but had to be postponed because of bad weather conditions.

The Soyuz-ST-B launch vehicle finally took off from Kourou on Saturday, at around 21:19 local time (00:19 GMT on Sunday), according to a live broadcast from the Russian space agency, Roscosmos.

This was the first Soyuz launch from Guiana this year. In total, there have been over two dozen Russian Soyuz-ST launches from Kourou since October 2011.

Next year, four launches of Russian carrier rockets are planned from the Guiana Space Center.