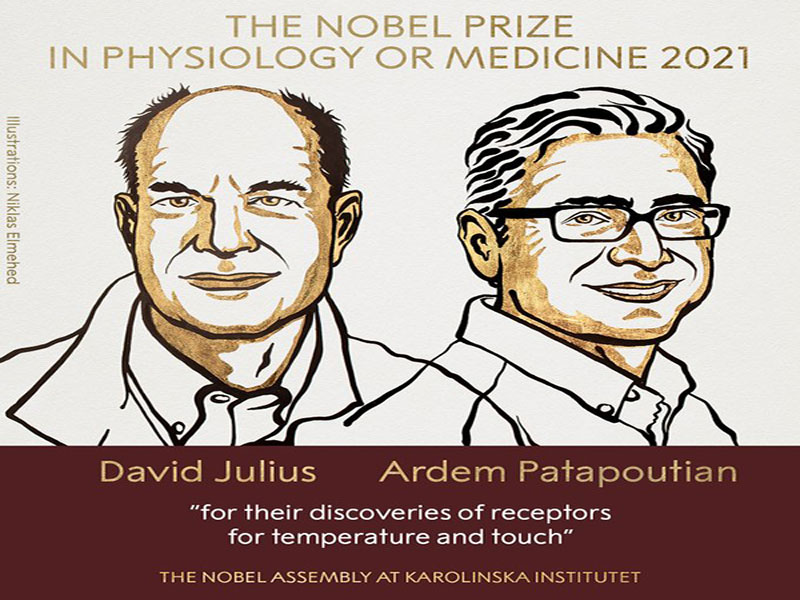 Stocckholm: American scientists David Julius and Ardem Patapoutian have been awarded 2021 Nobel Prize for Physiology or Medicine 'for their discoveries of receptors for temperature and touch'.

The official Twitter page of the Nobel Prize said: "The 2021 #NobelPrize in Physiology or Medicine has been awarded jointly to David Julius and Ardem Patapoutian 'for their discoveries of receptors for temperature and touch'."

David Julius utilized capsaicin, a pungent compound from chili peppers that induces a burning sensation, to identify a sensor in the nerve endings of the skin that responds to heat.

Ardem Patapoutian used pressure-sensitive cells to discover a novel class of sensors that respond to mechanical stimuli in the skin and internal organs.

These breakthrough discoveries launched intense research activities leading to a rapid increase in our understanding of how our nervous system senses heat, cold, and mechanical stimuli.

The laureates identified critical missing links in our understanding of the complex interplay between our senses and the environment.