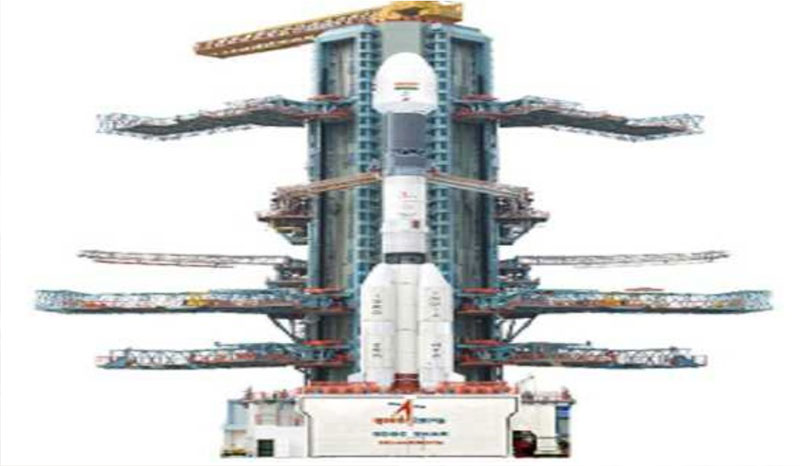 Chennai/UNI: After a long gap, the Indian Space Research Organisation (ISRO) is gearing up for a GSLV mission from the spaceport of Sriharikota, about 100 km from here, on August 12 early morning.

The launch is tentatively scheduled at 0543 hrs on August 12, subject to weather conditions.

EOS-03 is a state-of-the-art agile Earth observation satellite that will be placed in a Geosynchronous Transfer Orbit by GSLV-F10. Subsequently, the satellite will reach the final geostationary orbit using its onboard propulsion systems.

A four-metre diameter Ogive shaped payload fairing is being flown for the first time in this GSLV flight.

This is the fourteenth flight of GSLV and the first flight for ISRO this year after several of its launch missions were hit by the COVID pandemic.

The 2,268 kg EOS-3 or the Geo Imaging Satellite-1 (GISAT-1), will be the country's first sky eye or earth observation satellite to be placed in geostationary orbit.

The satellite will keep a steady eye on the areas of interest (the satellite will move in sync with the rotation of the earth and hence would look stationary) unlike other remote sensing satellites placed in a lower orbit that can come to a spot only at regular intervals.

Originally the GISAT-1 was slated for launch on March five last year but was postponed a couple of hours before the launch due to a technical glitch.

Soon after the Covid-19 pandemic and the subsequent lockdown delayed the mission. The rocket had to be dismantled and cleaned up.

Subsequently, the GISAT-1 launch was slated for March this year, but due to problems in the satellite's battery side, the flight got delayed. With the replacement of the battery, the satellite and the rocket were being readied for the mission when the second COVID wave led to further delay.

However, the ISRO sources exuded confidence that the mission will take off smoothly on August 12.