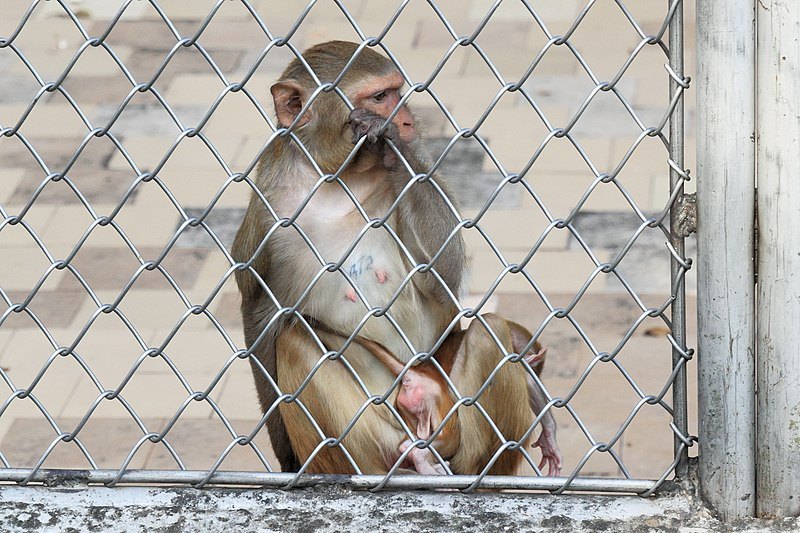 Beijing: The Chinese Center for Disease Control and Prevention (CCDC) recently reported that a man died from the rare Monkey B virus (BV), media reports said.

"Zoonotic BV infections have mainly involved primate veterinarians, animal care personnel, or laboratory researchers in North America. However, there were no fatal or even clinically evident BV infections in China before 2021. Here, we reported the first human infection case with BV identified in China," CCDC said in a statement.

"This case of BV occurred in a veterinary surgeon (53 years old, male) who worked in an institute specialized in nonhuman primate breeding and experimental research in Beijing. He dissected two dead monkeys on March 4 and 6, 2021 and experienced nausea and vomiting followed by fever with neurological symptoms one month later. As a result, the patient visited doctors in several hospitals but eventually died on May 27," he said.

"The first human infection case with BV was identified by NGS and rtPCR in China, 2021. This implied that BV in monkeys might pose a potential zoonotic threat to the occupational workers. It is necessary to eliminate BV during the development of specific pathogen-free rhesus colonies and to strengthen surveillance in laboratory macaques and occupational workers in China," the statement said.

The death was reported in the country at a time when COVID-19 virus is believed to have originated from China's Wuhan region.