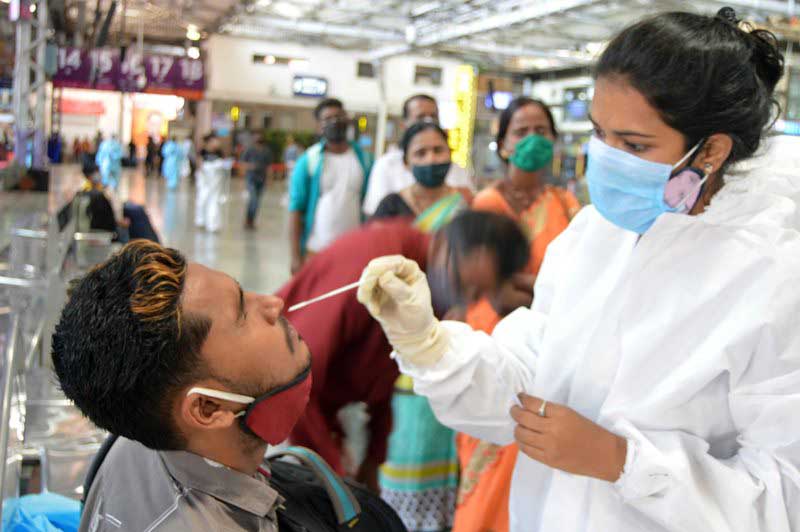 New Delhi/IBNS: The Union Health Ministry has alerted and advised Maharashtra, Kerala and Madhya Pradesh regarding the Delta Plus variant of COVID-19 being found in some districts in these States.

Union Health Secretary has communicated to these three states this variant has been found in genome sequenced samples from Ratnagiri and Jalgaon Districts of Maharashtra; Palakkad and Pathanamthitta Districts of Kerala; and Bhopal and Shivpuri districts of Madhya Pradesh.

Based on the recent findings of INSACOG, which is a consortium of 28 laboratories of Ministry of Health & Family Welfare, Dept. of Biotechnology, Indian Council of Medical Research (ICMR) and Council of Scientific and Industrial Research (CSIR) for whole-genome sequencing in the context of COVID-19 pandemic.

INSACOG is tasked with not just the whole genome sequencing but also for giving timely inputs on appropriate Public Health Response measures to be adopted by States and UTs.

INSACOG has informed that the Delta Plus Variant, currently a Variant of Concern (VOC), has characteristics including increased transmissibility, stronger binding to receptors of lung cells and potential reduction in monoclonal antibody response.

The Union Health Ministry has advised Maharashtra, Kerala and Madhya Pradesh that the Public Health Response measures, while broadly remaining the same as have been implemented by them earlier, have to become more focused and effective.

The States Chief Secretaries have been advised to take up immediate containment measures in the districts and clusters (as identified by INSACOG) including preventing crowds & intermingling of people, widespread testing, prompt tracing as well as vaccine coverage on a priority basis.

They were also advised to ensure that adequate samples of positive persons are promptly sent to the designated laboratories of INSACOG so that clinical epidemiological correlations can be made for further guidance to be provided to States.