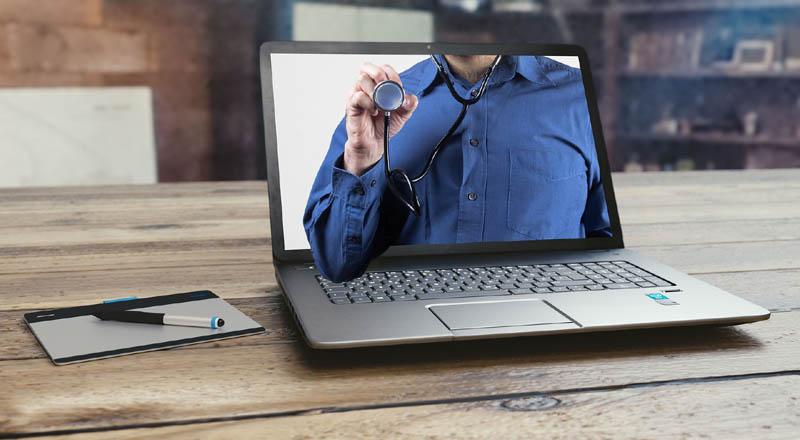 Telehealth—or telemedicine is not a very new concept, but the pandemic forced the doctors and patients in the United States, India and around the world to adopt it often as the only option. But it is not without its share of challenges. Julia Garlich, Kayley Allen from USA and Bala Singh and Pratibha Singh from India report

For three years, Donna Kindl did everything she could to put off surgery and the eight weeks of physical therapy that would follow for her torn rotator cuff.

She tried regularly icing her right shoulder and, when possible, not using it. But it only got worse. Eventually her right arm became so sore she couldn’t lift it.

Then the pandemic hit. And while the timing wasn’t perfect, Kindl said she didn't want to postpone the surgery any longer. So she scheduled it for May of last year.

Afterwards, her surgeon referred her to Zach Boyle, a physical therapist with Peak Sport and Spine Rehab in Missouri. Kindl was concerned about weekly trips to a medical facility while the world was being told to stay home, so she had virtual physical therapy sessions over Facetime for eight weeks. She and her surgeon were impressed by how well her recovery went.

“I never once, to this day, have met him in person, and I had the single best PT experience I've ever had,” Kindl said. “It was amazing. I was shocked how we could do it virtually and how effective it was.”

Telehealth—or telemedicine—allows patients to access healthcare services remotely via their computers, smartphones or tablets. While the concept of virtual healthcare isn’t new, the pandemic limited in-person contact, forcing doctors in the United States, India and around the world to adopt telehealth services. It also highlighted the promise, and challenges, of virtual visits.

Dr. Tarun Chakraborty, a consultant physician in West Bengal, India, said he’s been dependent on telemedicine for the past year as cases continued to rise. He uses WhatsApp to communicate with patients and conducts video consultations and follow ups.

“It is easy to operate and it is easy to communicate with a person,” Dr. Chakraborty said. 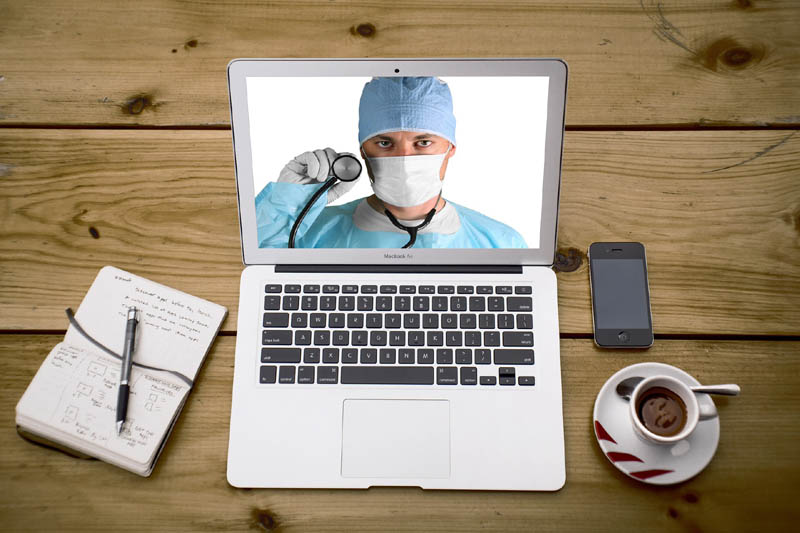 The pandemic underscored the need for alternatives in healthcare delivery. While telehealth is not a substitute for in-person care, doctors and industry experts in the U.S. and India say it provides a unique ability to expand access to care while optimizing health outcomes.

At this point, the global telemedicine market is on course to be valued at $175.5 billion by 2026, according to a recent report by Global Market Insights.

Driving its growth are advancements in technology, a need for cost-effective healthcare, more smartphone use and favorable government initiatives in countries like the U.S. and India.

Telehealth’s success amid the pandemic highlighted its potential.

It expanded access to care during a medical crisis, giving patients in underserved communities around the world the ability to access healthcare services remotely.

In Missouri, 30% of the population lives in rural communities, but only 9% of the state’s licensed physicians practice there, according to a recent report by Missouri Hospital Association. And 44 of Missouri’s 114 counties do not have a hospital, according to a data analysis by Kaiser Health News.

This makes it hard for patients living in rural areas to access care, which is why the Missouri Telehealth Network aims to expand telemedicine throughout the state.

“When you have to travel for your health care, you also have to take time off work. You might have to take your kids out of school,” said Rachel Mutrux, the network’s senior program director. “If you miss work time for medical visits, you may not have a job anymore...so those are some of the benefits of utilizing telemedicine, especially for people in rural areas.”

India has an estimated shortage of 600,000 doctors and 2 million nurses, the India Times reported.

Three quarters of doctors are located in cities or towns, yet nearly 69% of India’s population lives in rural areas,according to a recent academic study.

“Driving to my office, getting registered and coming in oftentimes takes longer than the actual visit, so a lot of patients —  specifically younger, but older also —  really enjoy the convenience of it,” he said.

Telehealth also allows for the delivery of healthcare during times of crisis.

When Jacintha Chang, 22,  and her parents in Kolkata contracted COVID-19, they were able to use telehealth to consult with a doctor regarding their symptoms and quarantine instructions without leaving their home.

Limiting in-person visits to reduce the spread of COVID remains important in India as the country experienced a surge in infections, overloaded hospitals and climbing death tolls amid its second wave.

Telehealth can be cost-effective too.

Not only does it help patients save money on travel, a number of studies across medical disciplines show it can reduce hospital admission rates and optimize patient outcomes, reducing overall healthcare spending.

But the widespread adoption of telehealth has proven challenging worldwide. One reason? Telemedicine requires high-speed internet access — or broadband.

Despite having the second-largest online market in the world, only half of India’s population has access to the internet,The World Economic Forum recently reported.

Piyashi Roychoudhury, the lead public relations manager for CK Birla Hospitals in India which runs the CMRI hospital in Kolkata, said the lack of internet infrastructure is a major setback for implementing telehealth across the country. 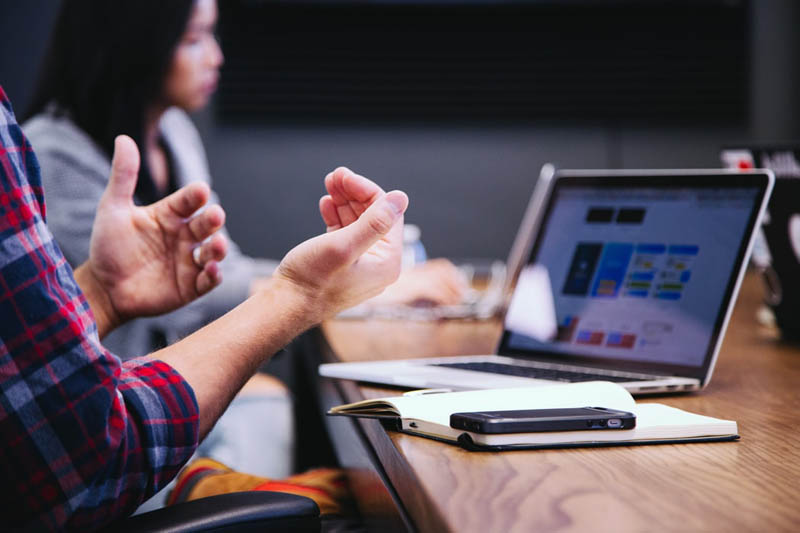 "While to one half of the majority of the patient population the use of computers is still an alien notion, the other half doesn’t know how to attend video calls on their smartphones without help," she said.

Almost 20% of Missourians don’t have access to broadband. That’s over 1.2 million people, according to Census data analyzed by the University of Missouri.

Some communities across the U.S. do a good job of connecting people to broadband. But without additional regulation or legislation by the federal government incentivizing companies, holes remain, Mutrux said.

Another barrier for telehealth is patient hesitancy.

Many people who grew up going to the doctor in person assume medical professionals need to physically assess their patients face-to-face.

In India, where telemedicine adoption is still at an early stage, this is especially true.

“Even if the doctors are ready, the patients themselves are very reluctant to adapt,” Dr. Chakrabody said. “They do not trust what is being said to them over a call or on WhatsApp.”

Keke Ghose, a teacher in West Bengal, said her experience trying to use telemedicine to consult with a top doctor about her mother’s heart condition was “rather bitter.”

Ghose said it was difficult to get scheduled despite following all the procedures the hospital asked. And when she and her mother finally got an appointment, she said, the doctor kept them waiting.

"The doctor finally asked me to fly my octogenarian mother to New Delhi amid the pandemic. Despite being a top national award winning doctor he even said that the pandemic was over last year end. Well, we all know now how devastating the India second wave was," Ghose said.

On a global scale, telehealth faces regulatory obstacles, including variations in rules, guidelines and training for healthcare providers from country to country.

In Missouri, for example, many doctors had little to no training with telemedicine prior to the pandemic. And while healthcare providers knew how to use FaceTime or Zoom, Mutrux said they “hadn't been taught to build a trust relationship over video conferencing the way that you need to do in healthcare.”

That’s why the Missouri Telehealth Network is planning a telehealth training program with experts in nursing, optometry, pharmacy and medicine to create a curriculum for medical students, Mutrux said.

The Telemedicine Society of India rolled out similar efforts in April of last year when it launched its “Train to Practice Telemedicine” course. The course includes four online modules that detail guidelines and best practices followed by a question-and-answer session, according to the program’s website.

The future of telehealth

On April 27, Indian healthcare company Practo announced the launch of a new technology for teleconsultations. The initiative will allow patients to choose a doctor who speaks their native language, with more than 15 languages and more to be added in the future.

Siddhartha Nihalani, VP - Product Growth, Practo, said: “Given that 9 out of 10 new internet users in India are native language speakers, an initiative like this will be critical in bridging the digital divide and overcoming language barriers in India’s growing digital healthcare ecosystem."

According to Dr. Tarun Chakraborty, as technology continues to evolve, so will telehealth.

Piyashi Roychoudhury of CMRI said as the cases of corona inflicted patients rose during the second wave of the pandemic, digital ICUs were needed more than ever.

"Within a week of the second wave, the number of corona patients at CMRI went from 5 to 114, each requiring at least 4 nurses, more than 2 doctors, specialised gadgets and equipment, and, in some cases, ventilators.

"Switching to digital ICUs would ensure that only critical patients were admitted. Subsequently it would reduce the expense of manpower, gadgets and equipment which the private hospitals bear, and chances of hospital-acquired infections, otherwise known as HAI, would also drop," she said. 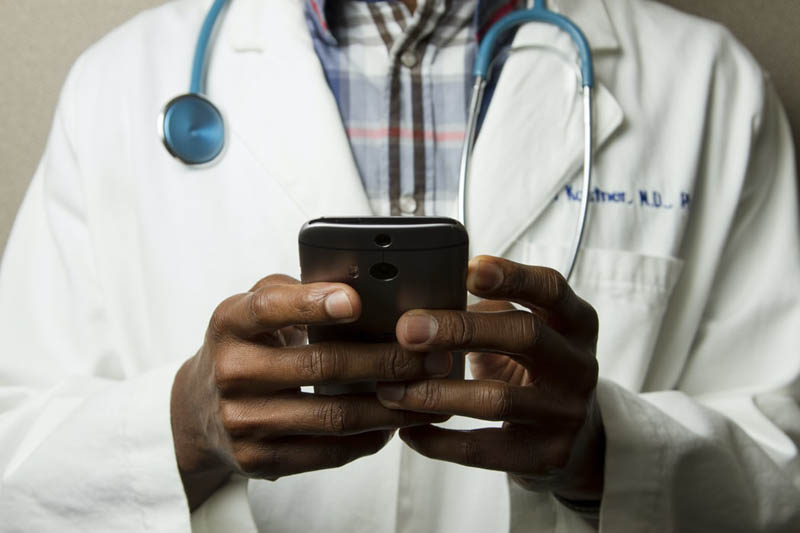 But for telehealth to stick around, healthcare providers need to be trained in that technology Mutrux said. Especially when it comes to primary care.

To expand access to care during the COVID-19 pandemic, governments eliminated many regulatory barriers that previously prevented telehealth growth.

In the U.S, federal legislation expanded access to care by expanding Medicare coverage which allowed for a patient’s home to serve as an originating site of telehealth. An originating site is where the patient is located during the time of their services. Before the pandemic, this typically included only a physician's office or hospital.

In India, the government published telemedicine guidelines clarifying the longstanding questions on whether or not teleconsultation is legal and provided a framework for providers moving forward.

As the world moves toward post-pandemic life, many agree that these kinds of changes to telehealth may need to become permanent.

“Americans have benefited significantly from this expansion of telehealth and have come to rely on its availability,” the senators wrote.

Other members of the U.S government have introduced their own bills in an attempt to invest in the future of telehealth.

(This is a reporting project by journalism students at the University of Missouri, USA and Indian universities, overseen by US and Indian journalists Laura Ungar and Sujoy Dhar)