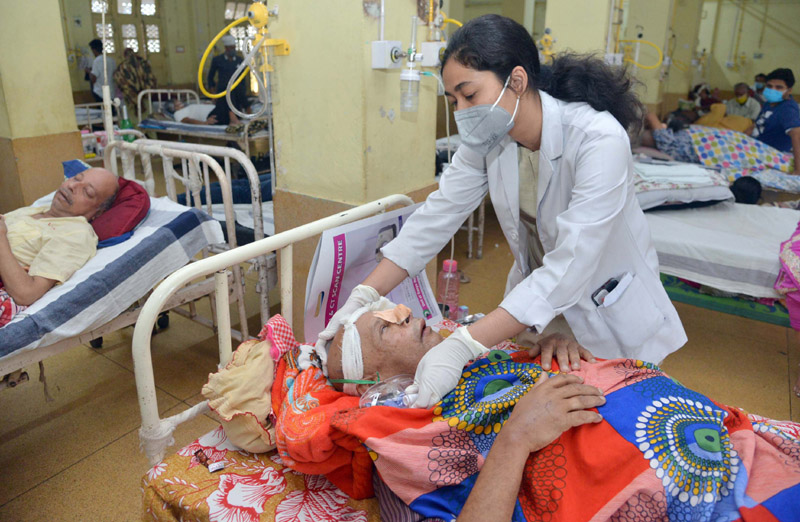 Hubballi/UNI: Karnataka Health Minister Dr Sudhakar said here on Saturday that the Mucormycosis or the Black Fungus is spreading very fast in the state and that a total of 250 cases have been reported so far.

Speaking to media persons here, he said that all the patients with the Black Fungus will be treated free of cost by the Government and all preventive measures are being taken to control the disease.

Informing that according to a preliminary report submitted by a government appointed expert committee, he said that one of the main causes was the use of tap water in the humidifies in the hospitals instead of distilled water which possibly helped the fungus to develop.

All the instruments, including the canulas used for treating the black fungus patients must also be completely sanitised after using for one patient. If not, a completely new set of instruments must be used, he said.

He said that the uncontrolled use of steroid increases the sugar level in the body of the Covid-19 Oxygen patients remaining in ICU for long time which will reduce resistance power of the Patient resulting in the development of black fungus in the body.

However, except the colour, there is no difference between black fungus and white fungus, he said and added that earlier, there used to be only 40 – 50 such cases in a year, but now unfortunately they have gone up.

He said that currently 14,000 vials of anti black fungus medicine vials are being produced in the country and the Union Chemicals and Fertiliser Minister Sadananda Gowda has promised to supply enough medicines to Karnataka.

According to an official statement issued by the office of the Deputy Commissioner, Dharwad, Nitesh Patil, Currently, 78 Patients from Thirteen North Karnataka Districts including Dharwad, Belagavi, Bagalkot, Vijayapura, Koppal and Raichur with Black fungus are undergoing treatment in the KIMS Hospital.