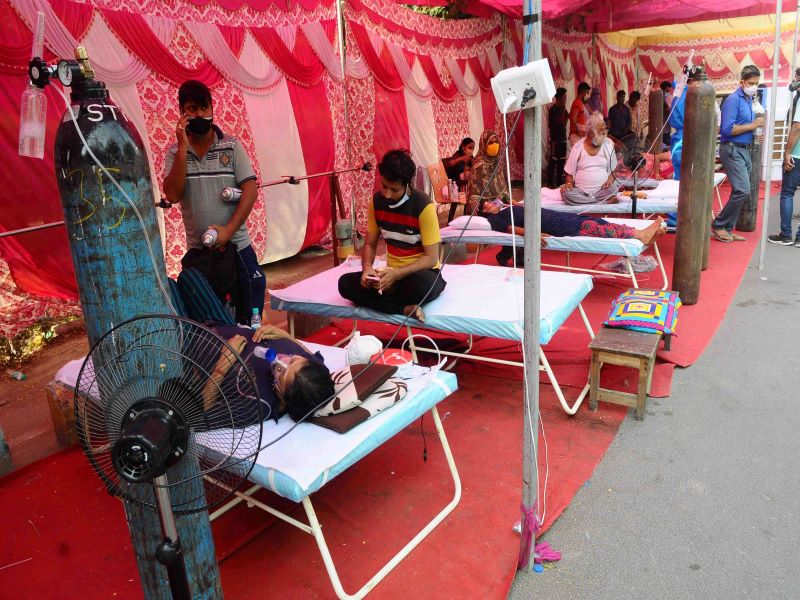 New Delhi/IBNS: The coronavirus infections in India have reached the peak according to a tracker developed by the researchers at Cambridge Judge Business School and the National Institute of Economic and Social Research, said a Bloomberg report.

However, they have pointed out that there is a disparity between different states in the number of infections and, therefore, in the next few weeks the Covid-19 cases will rise in some states.

"But there is substantial variation among states and union territories in their trajectories, with cases continuing to increase over the next two weeks in areas such as Assam, Himachal Pradesh, Tamil Nadu and Tripura," the researchers wrote, according to the report.

The projections have been made based on the reported figures and show similarity with those made by some experts, including Prime Minister Narendra Modi's adviser, the report added.

India's massive spike in the coronavirus cases has been attributed to a strain which was first discovered in the country and apparently has higher rates of transmission and preliminary evidence show it is potentially less effective to certain antibodies, the World Health Organization said in its latest report.

WHO has also pointed out "several religious and political mass gathering events which increased social mixing; and, underuse of and reduced adherence to public health and social measures" for the current spike which has claimed thousands of lives.

India has reported over 3 lakh coronavirus cases for straight 20 days.

According to data from the Union Health Ministry, India has recorded 3,48,421 fresh Covid-19 cases cases in the last 24 hours and r4,205 related deaths.