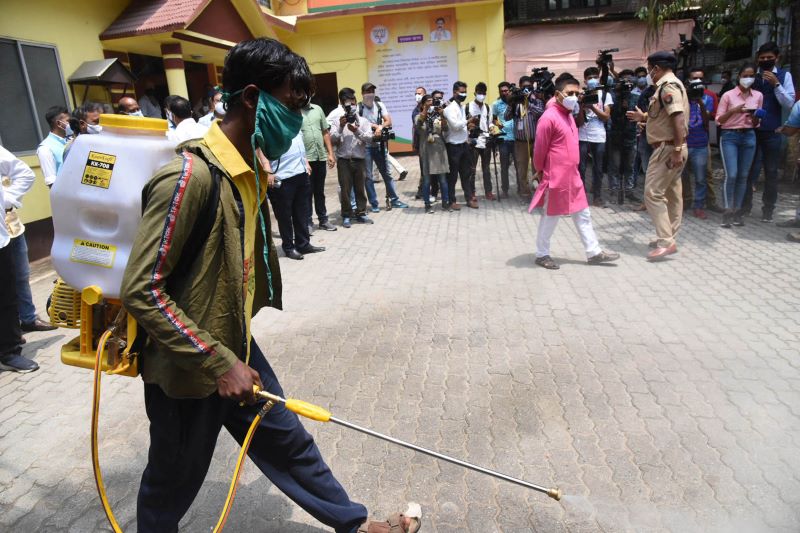 New Delhi/IBNS/UNI: India, a South Asian country of 1.3 billion people, on Wednesday recorded the highest single-day Covid-19 toll with 4,205 infected patients dying across the country in the last 24 hours.

In the last 24 hours, 19,83,804 samples were tested, the most in a day since the pandemic broke. Per government data, 24,46,674 vaccine doses were administered in a new record since India began the world's largest vaccine drive on January 16.

The data on Tuesday said to hit hard by the second wave, nearly 90 per cent of the country is witnessing a high positivity rate, stressing that 640 districts out of the 734 are above the national threshold level of five per cent.

Mucormycosis, a rare but serious fungal infection now affecting coronavirus patients. The first cases were reported in Gujarat last year, moving on to Delhi and Maharashtra.

Worldwide, 15.96 crore infections have been reported since the pandemic broke.