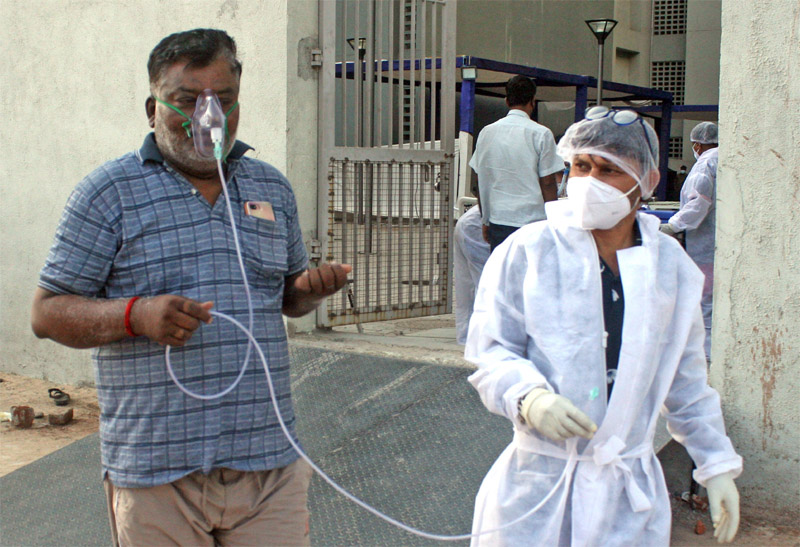 Bhubaneswar/UNI: A Covid-19 patient under treatment at the SUM Ultimate Medicare has been detected with Mucromycosis, popularly called black fungus.

A statement issued by the state health and family welfare department confirmed the detection which is also referred to as 'black fungus'.

The 71-year-old patient with uncontrollable diabetes, who was detected as Covid-19 positive on April 20, was kept in home isolation.

The patient was admitted to SUM Ultimate Medicare on Saturday with swelling in the eyes and a blackish discharge from the nose.

The statement quoted the treating doctor and Head of ENT in the hospital Dr Radhamadhab Sahu as saying that nasal endoscopy showed a black deposit on the turbinate.

Dr Sahu said it was the first such case in the state. The patient's history stated that he had noted the symptoms after using an old air-cooler which was not used for some time and its water was unchanged.

The government statement said it was "suggestive of fungal hyphae and the culture showed Rhizopus spp (mucorale)." The patient, who was on anti-diabetic and anti-fungal drugs, is stable.

The statement further said since the literature suggested an increased incidence of Mucromycosis in Covid because of increased steroid use, a direct link could not be established between Covid infection and Mucromycosis in this case.

On the other hand, as the patient was diabetic, a known risk factor for Mucromycosis, its occurrence, in this case, could be an isolated one and he might have contracted the same by using the old air-conditioner with unchanged water, it said.