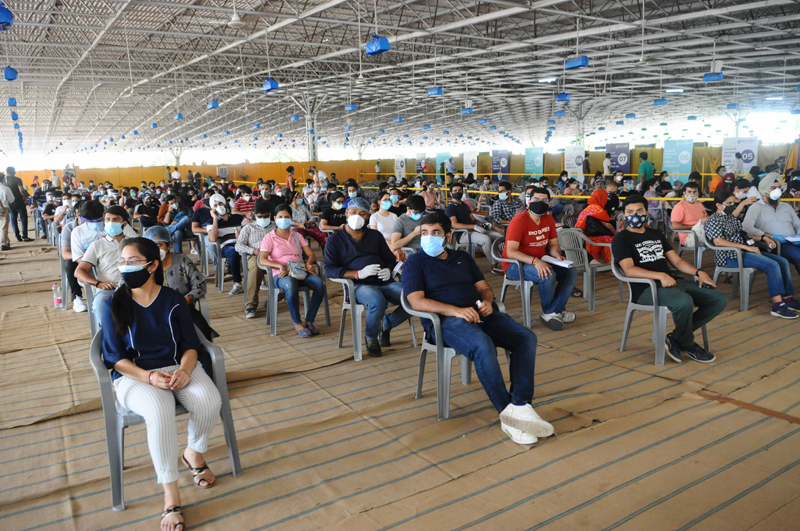 Covid vaccination
A glimpse of people waiting to get inoculated at a centre/credit: UNI

Mumbai to have drive-in vaccination centres, BMC gives officials 24 hrs to set up

Mumbai/IBNS: Mumbai is all set to have drive-in vaccination centres soon and efforts are on to implement the same within 24 hours.

This deadline has been given by the city's civic body to its officials, who were instructed to have such centres ready in each administrative zone, media reports said on Thursday.

The success of the project has driven Mumbai's civic body to adopt the model for the country's financial capital.

The Dadar centre has the capacity to vaccinate nearly 5,000 people in a day with minimum risk of infection that would have been present in crowded places and long queues, said reports.

Initially, the drive-in vaccination centres were set up for the elderly but as the Centre opened vaccinations for all age groups above 18, it will have an added pressure on the health centres and hence these efforts might help to tackle the same.

Mumbai, which bore the brunt in the first wave of Covid, has remarkably reported a dip in caseload. The city has brought its positivity rate down to one of the lowest in the country.