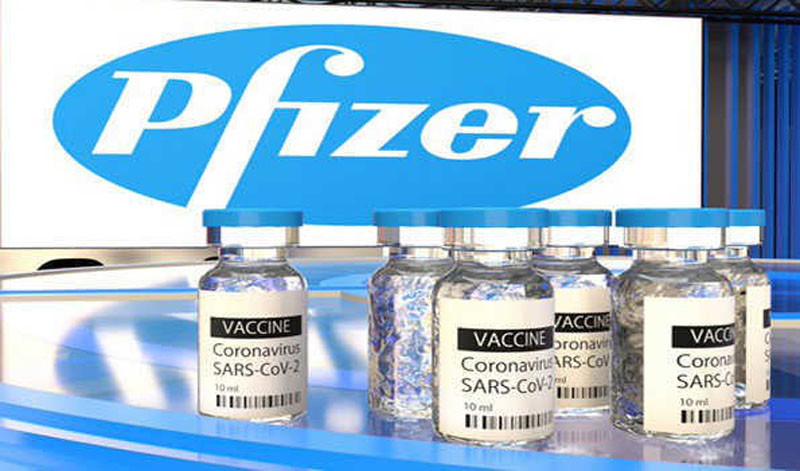 Pfizer is discussing with the Indian government expedited approval of its vaccine, company CEO Alber Bourla has said while announcing a donation of medicines worth $70 million to fight the resurgent pandemic.

“We are currently discussing with Indian government an expedited approval pathway to make our Pfizer-BioNTech vaccine available for use in the country,” he said in a video posted on the company website.

He pledged to send enough medicines over the next 90 days “to ensure that every COVID-19 patient in every public hospital across India can have access to them.”

“These medicines are valued at more than $70 million would be made available immediately and we will work closely with the government and our NGO partners to get them to where hey are need most,” he said.

The medicines include steroid medications to reduce inflammation, anticoagulants to help prevent blood clotting, and antibiotics to treat secondary bacterial infections, he said.

That would be one of the biggest donations to India by a private company.

Bourla regretted that the Indian government had “unfortunately” not approved its vaccines for use in India although an application was submitted several months ago.

The Indian regulator's objection was that it had not undergone trials within the country.

But Bourla did not say if the company would waive its patent rights as the other major vaccine-maker Moderna has effectively done.

White House Principal Deputy Press Secretary Karine Jean-Pierre said last week that Moderna had announced that it will not enforce its COVID-19-related patents against those making vaccines intended to combat the pandemic.

The Pfizer vaccine that was developed by a German company, BioNTech, and Moderna's vaccine are not suited for wide use in developing countries as they have to be stored at extremely cold temperatures.

Johnson & Johnson, which developed a single-shot vaccine that can be kept at temperatures in ordinary refrigerators, has also not said if it would waive patent rights.

The issue of patent rights is expected to figure prominently at the World Trade Organisation General Council meeting this week following a request by India and South Africa to waive intellectual property rights for COVID-19 vaccines and medications.

US President Joe Biden has been under pressure from his base to both issue the waiver and not to.

While Senator Bernie Sanders organised a group of ten senators to urge Biden to "prioritise people over pharmaceutical company profits" and support the temporary waiver of the patent rights for the vaccines, a group of 18 unions oppose it.

Opposing a waiver, Paul Shearon, the president of the International Federation of Professional and Technical Engineers (IFPTE) of the American Federation of Labour-Congress of Industrial Organisations (AFL-CIO) has written to the US government that it should manufacture vaccines domestically to create jobs and preserve its lead in the technology and then send them abroad to meet the global demands.

Bill Gates, who heads the eponymous Gates Foundation, and is considered a great philanthropist, has also come out against the vaccine patent waiver, questioning the ability of developing countries to maintain quality standards.

A patent waiver would affect India commercially because one of its companies, Bharat Biotech, has developed a vaccine that is being widely used in India and has been approved by Mexico and the Philippines. Several other Indian companies are also developing vaccines indigenously.

A waiver will also not have an immediate effect on the pandemic raging in India and elsewhere because manufacturing the vaccines is a complex process requiring special machinery that will take months to set up.

But some of the medicines used to treat coronavirus may be easier to manufacture.