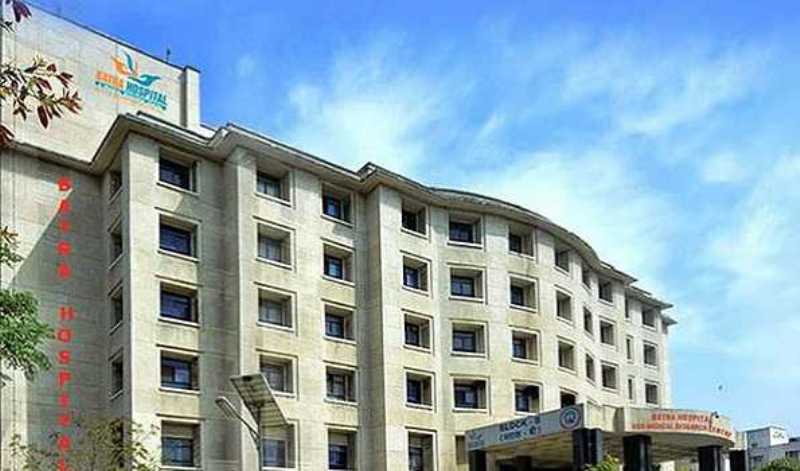 Twelve die in Batra hospital due to oxygen shortage

New Delhi/UNI: As many as 12 patients in Batra hospital of Delhi died on Saturday due to a shortage of Liquid Medical Oxygen (LMO), the hospital's managing director said.

Dr SCL Gupta, the Managing Director of Batra Hospital, told UNI over phone that 12 patients lost their lives as the hospital ran out of LMO and the more oxygen could not reach on time.

"We tried to manage with oxygen cylinders but lives couldn't be saved," Dr Gupta said.

Dr R K Himthani, the serving gastroenterologist of the hospital, was among the dead, he said.

A similar situation has arisen last Saturday too, but the hospital was fortunate as the oxygen tanker just reached on time, he said.

The MD said the hospital has to raise an alarm again-and-again and it cannot work like this.

"The government has to do something. And if there is a problem in supply, the new admission should be closed," Dr Gupta said.

The Executive Director of the hospital, Dr Sudhanshu Bankata, raised an SOS call over Twitter saying the hospital has run out of medical oxygen and surviving on oxygen cylinders, which will also be empty soon.

He said that the Delhi government is in touch with the hospital and has rushed an oxygen tanker.

"Our SOS cryogenic tanker carrying Liquid Medical Oxygen is reaching Batra Hospital within 5 minutes. Their regular supplier of oxygen has defaulted yet again due to alleged 'lack of oxygen supplies' and is being pulled up (sic)," ruling Aam Aadmi Party MLA Raghav Chadha wrote on his official Twitter handle.

The Delhi High Court on Saturday directed the Centre to supply allocated 490 Metric Tonne (MT) of Liquid Medical Oxygen to Delhi today itself, failing which it might consider contempt action against the Central Government.

The court said 490 MT per day of medical oxygen allocated by the Centre to Delhi remained only on paper as the national capital has not received the said allotment so far.

"It is for the Centre to arrange the tankers as well," the Court added.

"In case of non-compliance we may consider initiating contempt proceedings," it warned.

This is not the first time that patients have died due to an alleged shortage of oxygen in Delhi. At least 45 patients lost their lives in Sir Ganga Ram and Jaipur Golden hospital.

There is no oxygen plant in Delhi as it is an industry-free zone and completely dependent on other states and the Centre for Liquid Medical Oxygen supply.

The virulent second wave of Covid-19 has hit Delhi hard leading to a manifold increase in hospitalisation and the dearth of life-saving oxygen.