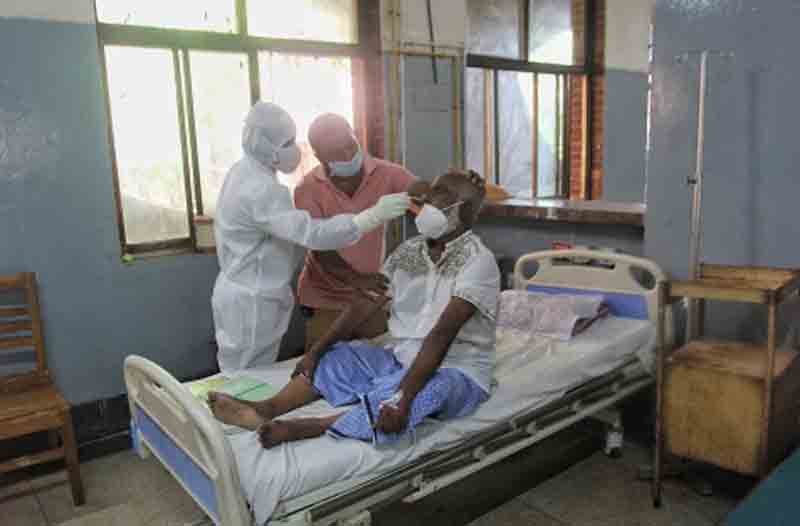 Dedicated Covid hospital with 1000 beds comes up in Dhaka

Amid rising Covid-19 cases in the country, the Bangladesh government has opened a 1000 beds dedicated Covid-19 hospital in the capital, Dhaka, easing pressure on existing hospitals in the city, according to a report in Dhaka Tribune.

Zahid Maleque, the country’s health minister, said on Sunday, “as many as 250 of the 1,000 beds will initially be available, and it is hoped that the hospital will be fully operational by the end of the month.”

“Bangladesh is facing a second wave of Covid-19 and around 160,000 people have tested positive for Covid-19 in the last month-and-a-half,” he said. “Deaths have increased by five times and hospitals are filling up with patients,” he added.

He said there was an urgent need to expand healthcare facilities, so the government has prepared the DNCC Market as a modern, dedicated Covid-19 hospital in a month.

All 1,000 beds at the hospital will have an oxygen supply, while 500 will have Intensive Care Unit (ICU) facilities. The initial plan for the hospital was to have 112 ICU beds and 112 High Dependency Unit (HDU) beds installed.

“We are hopeful that the hospital will be fully operational by April 29. Non-invasive ventilation (NIV) services will be provided to all patients at the ICUs, and we have mechanisms for ventilation in severe cases as well,” Maleque said.

The head of Sri Lanka's Catholic church, Cardinal Malcolm Ranjith, has said that the 2019 Easter attacks were carried out by a group who used the attacks to strengthen their political power, Newswire reported.

He expressed these views at a ceremony which took place at the General Cemetery in Borella on Sunday to bless a memorial for the victims of the Easter attacks which claimed over 250 lives.

“Our brethren were attacked not by religious extremism, but by a group that exploited it to use the attackers as pawns in order to strengthen their political power, ” the cardinal went on to say.

Nine suicide bombers, allegedly belonging to local Islamist extremist group National Thawheed Jamaat (NTJ), carried out coordinated blasts that tore through three churches and as many luxury hotels in Sri Lanka on the Easter Sunday in 2019