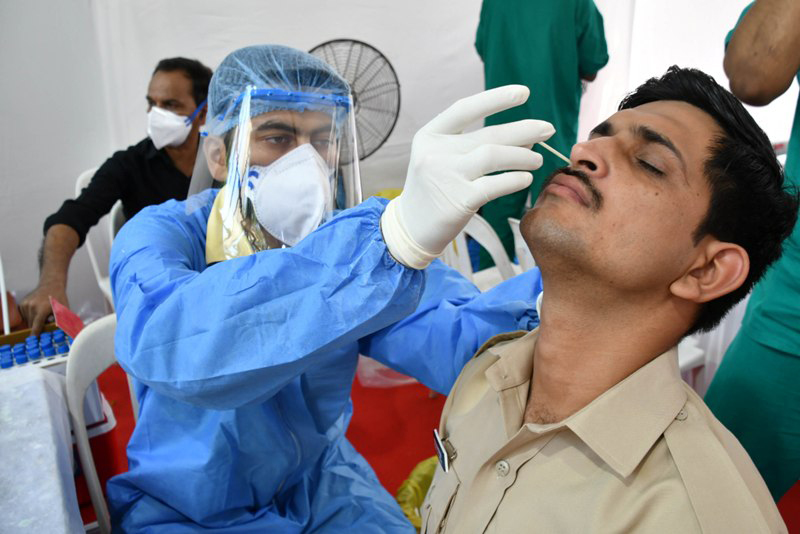 Bengaluru/IBNS: Karnataka reported the highest single-day spike in Covid-19 cases this year by recording 11,265 new infections in the last 24 hours.

At least 4,364 people recovered or were discharged on Wednesday, bringing the active number of cases in Karnataka to 85,480.

Out of the new cases, 8,155 were recorded in Bengaluru alone.

At least 38 people died of Covid-related complications in the state, taking the death count to 13,046.

The positivity rate stands at 9.94 per cent at present.

The state is already observing a night curfew until April 20 in seven district headquarters, including capital Bengaluru.

Chief Minister BS Yediyurappa has called an all-party meeting on April 18 along with a technical advisory committee to review the Covid situation in the state.