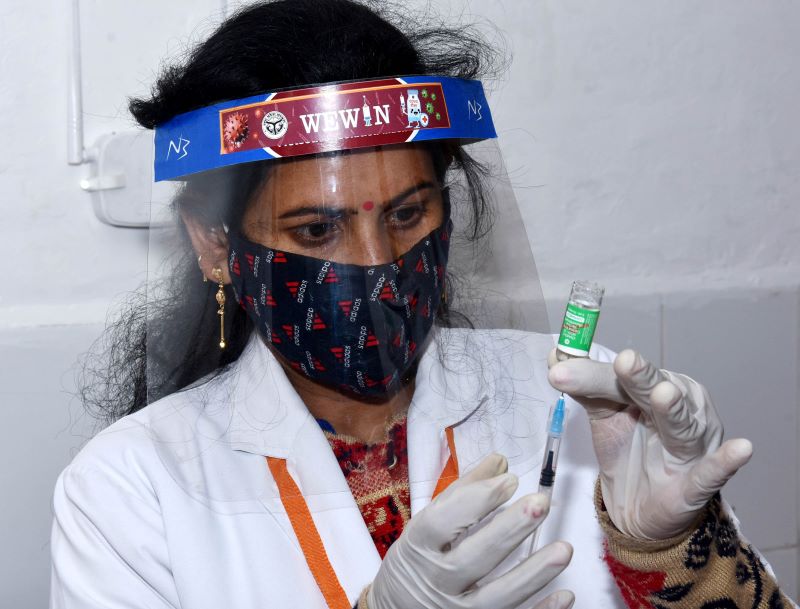 Maharashtra's Satara stops vaccination after running out of doses: Reports

Around 2.6 lakh people over the age of 45 in Satara have received at least one dose each to date.

This comes after Maharashtra Health Minister Rajesh Tope earlier in the morning said that the state may run out of Covid vaccines in three days.

Tope also mentioned that he had asked the Centre to send more stocks soon with cities like Mumbai left with stocks for just three days.

Following this statement, Union Health Minister Harsh Vardhan earlier in the day slammed such "deplorable attempts by some state governments to distract attention from their failures and spread panic among the people".

Harsh Vardhan said there is no vaccines shortage and such "irresponsible statements mislead the public and spread pandemic."

He in fact blamed the "lackadaisical attitude" of the Maharashtra government that had singularly diluted the entire country's efforts to fight the virus.

In an attempt to set the record straight, a furious Harsh Vardhan said: "I am constrained to speak out now because my silence should not be misconstrued for weakness. Playing politics is easy, but improving governance and health infrastructure is the real test."

"The inability of Maharashtra government to act responsibly is beyond comprehension. To spread panic among the people is to compound the folly further," he added, dismissing the issue of vaccine shortage as "baseless".

Meanwhile, Maharashtra, which remains the worst-affected state, has seen a record surge with nearly 60000 new cases in the past 24 hours. Mumbai alone reported over 10000 fresh infections in this period.

India registered 1,15,736 new cases between Tuesday and Wednesday mornings, the highest single-day figure since the outbreak of the virus last year.