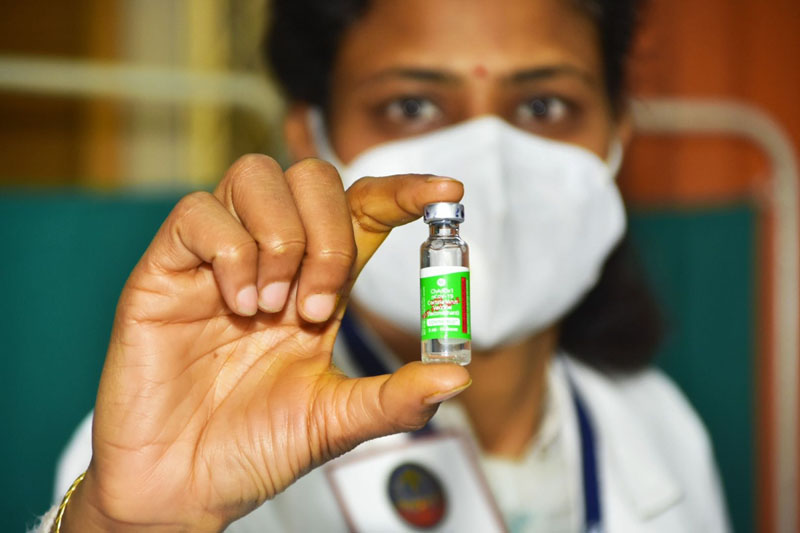 COVID-19: 93K doses of vaccine to be administered to frontline warriors in Himachal Pradesh

Shimla/UNI: As Premier Narendra Modi virtually launched nationwide covid-19 vaccination drive from Delhi on Saturday, Chief Minister Jai Ram Thakur said that in the first phase of Covid-19 vaccination, 93,000 doses would be administered to the front line warriors including health care workers of the state.

The CM informed that today 2,529 health care workers were being administered dose through 27 identified sites in the State. He said that about 74500 health workers would be vaccinated and each beneficiary would be provided two doses and second dose would be administered after interval of 28 days.