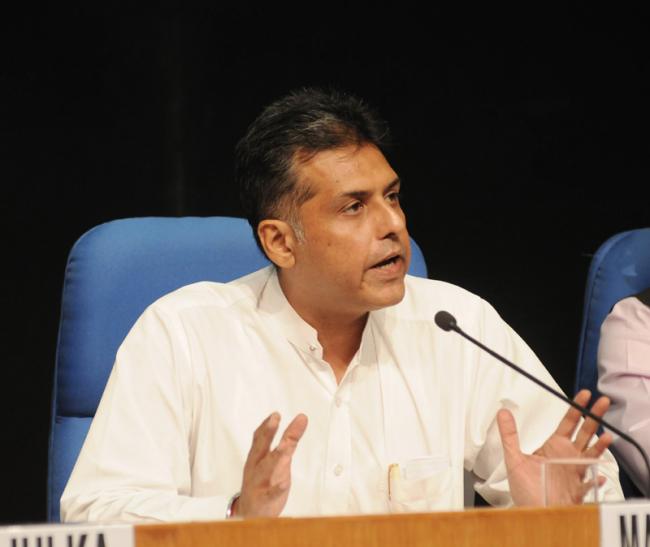 New Delhi/IBNS: Congress leader Manish Tewari has raised questions over unavailability of options in choosing the Coronavirus vaccine, according to media reports.

A fresh controversy on coronavirus vaccine was sparked after Bharat Biotech's Covaxin was dispatched to Delhi and 10 other cities this morning even though it is still in the third phase of human trial and was cleared by the government only for emergency use.

Union health secretary Rajesh Bhushan was quoted by the media saying that the option to choose between coronavirus vaccines won't be available to Indians immediately.

"Now the government is saying recipients won't be able to pick and choose the vaccine…When phase 3 trials of Covaxin is not complete, it raises various concerns on its efficacy," Manish Tewari, Congress spokesperson and Sri Anandpur Sahib MP, told ANI today.

"You can't use rollout as phase 3 trial, Indians are not guinea pigs," Tewari said. "Till yesterday NDA/BJP claimed Covaxin has been cleared for emergency use."

Till yesterday NDA/BJP claimed Covaxin has been cleared for emergency use.

Today by not allowing recipient to pick vaccine of his choice is NDA/BJP making Guinea pigs out of Indians @drharshvardhan ?

Is roll out THE REAL Phase-3 Trail of Covaxin ?

On January 11, tagging Union Health Minister Dr Harsh Vardhan in a Twitter post, Tewari had questioned if Covaxin was safe for human use and if the government could guarantee its safety and efficacy when the vaccine is still in the final phase of human trial.

Is Bharath Biotech vaccine safe for human use?

Can govt guarantee both it’s safety and efficacy?

Aren’t palliatives for emergency use & vaccines a preventive measure?

He even questioned if Covaxin's roll out among the masses was its real phase 3 trial.