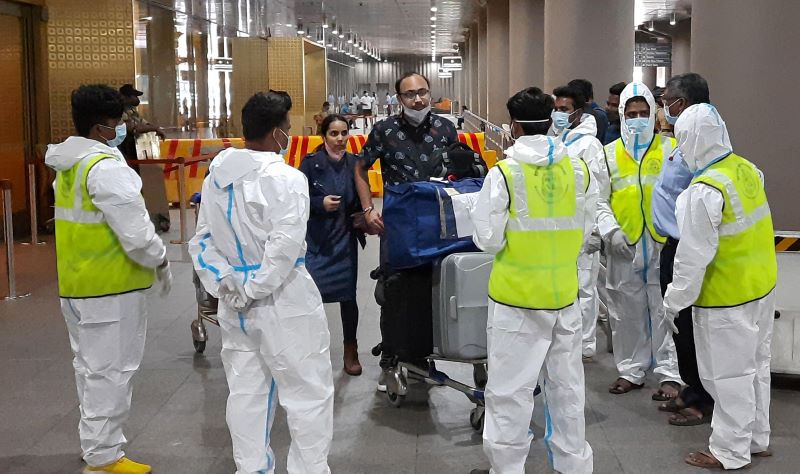 New Delhi/IBNS: Amid an alarm over the new strain of coronavirus first detected and rapidly spreading in Britain, 22 people who returned from the United Kingdom in the last few days tested positive for Covid-19.

Eleven people who came from or via the UK have tested positive in Delhi, eight in Amritsar, two in Kolkata and one in Chennai, reports said.

The government has, however, stated that there have been no confirmed cases of the mutant strain anywhere in India so far.

The new strain is believed to be 70 per cent more infectious and was first detected in the United Kingdom in September last.

Over the last two days, before the Centre banned flights from the UK, all passengers on arrival from the country have been subjected to RT-PCR tests for the coronavirus.

They were even made to wait at the airports till the results came in creating a lot of confusion among passengers over delay.

Samples of those who tested positive have been sent to specialised labs like the National Institute of Virology in Pune to determine if the infection is from the mutant coronavirus, said reports.

Authorities are also tracing every traveller returned from the UK in the last four weeks and have recommended strict self-monitoring for those who have come in over the last two weeks.

India has suspended all flights from the UK until December 31 while Mumbai has announced a night-time curfew over fears of the British strain.

The Asian country, which is reporting a steady decline in Novel Coronavirus cases over the last several weeks, reported almost 24,000 fresh infections in 24 hours between Tuesday and Wednesday mornings.