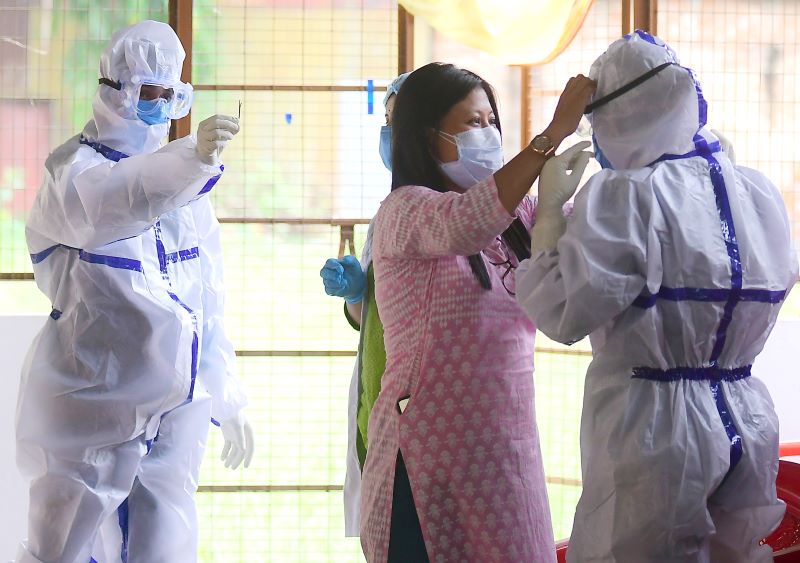 The active cases are less than 8 lakh for the second consecutive day and stand at 7,83,311.

The declining trend of the active cases is complemented by the unbroken rising number of recovered cases. The total recovered cases stand at 65,97,209.

The national Recovery Rate has further improved to 88.03%.72,614 COVID patients have recovered and discharged in the last 24 hours whereas the new confirmed cases stand at  61,871.79% of the new recovered cases are observed to be concentrated in 10 States/UTs.

Maharashtra has contributed the maximum with more than 14,000 single day recovery.61,871 new confirmed cases were recorded in the last 24 hours.

79% of the new cases are from 10 States and UTs.Maharashtra continues to be the State reporting a very high number of new cases with more than 10,000 cases followed by Kerala with more than 9,000 cases.1033 case fatalities have been reported in the past 24 hours.

Of these, ten States/UTs account for nearly 86%.  More than 44% of new fatalities reported are from Maharashtra (463 deaths).sh