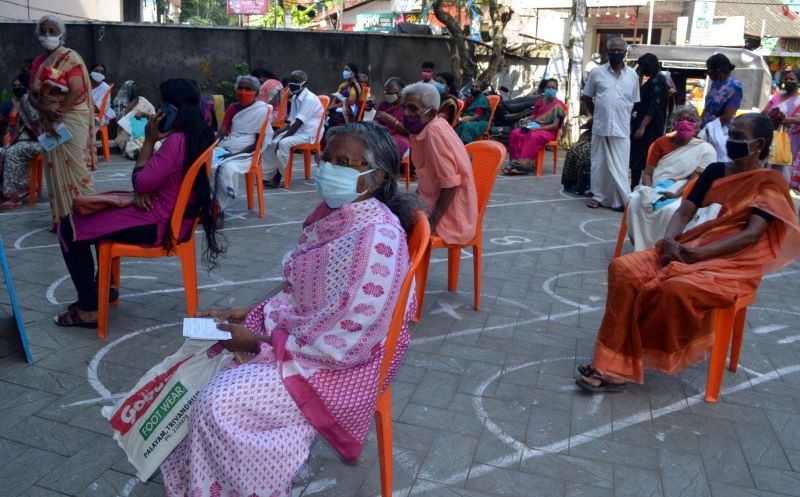 Covid-19
Customers waiting for banking transactions keeping social distancing in front of a bank as the govt was forced to tighten measures with spike in Covid cases, in Thiruvananthapuram on Monday (Image Credit: UNI)

New Delhi/IBNS: India, the second worst Covid-19-affected country in the world, on Tuesday reported a sharp decline in Covid-19 cases as little over 61,000 fresh infections were reported in 24 hours.

The toll, which had already crossed one lakh, touched 1,03,569 as 884 people infected with the virus died in 24 hours between Monday and Tuesday mornings.