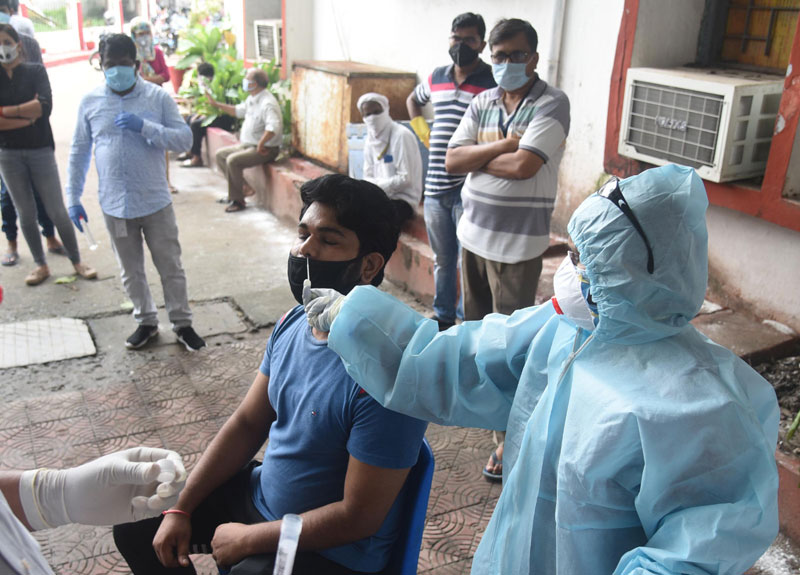 1,130 people, who were infected with the deadly virus, died in 24 hours between Sunday and Monday mornings.

The Drugs Controller General of India (DCGI) has given its approval for the commercial launch of India's first Clustered Regularly Interspaced Short Palindromic Repeats (CRISPR), Covid-19 test 'Feluda', developed by the Tata Group and CSIR-IGIB (Institute of Genomics and Integrative Biology).

"This test uses an indigenously developed, cutting-edge CRISPR technology for the detection of the genomic sequence of the SARS-CoV-2 virus. CRISPR is a genome-editing technology to diagnose diseases," said a release issued by the Ministry of Science & Technology.

Feluda, received regulatory approvals on Saturday from the Drug Controller General of India (DCGI) for commercial launch, as per ICMR guidelines, meeting high-quality benchmarks with 96 per cent sensitivity and 98 per cent specificity for detecting the Novel Coronavirus, said the release.

The test kit, which honours Satyajit Ray's fictional Calcutta-based sleuth Prodosh Mitra aka 'Feluda', has been devised by two scientists of CSIR-IGIB. Feluda--short for FNCAS9 Editor-Limited Uniform Detection Assay--is expected to provide fast and accurate detection of the virus.