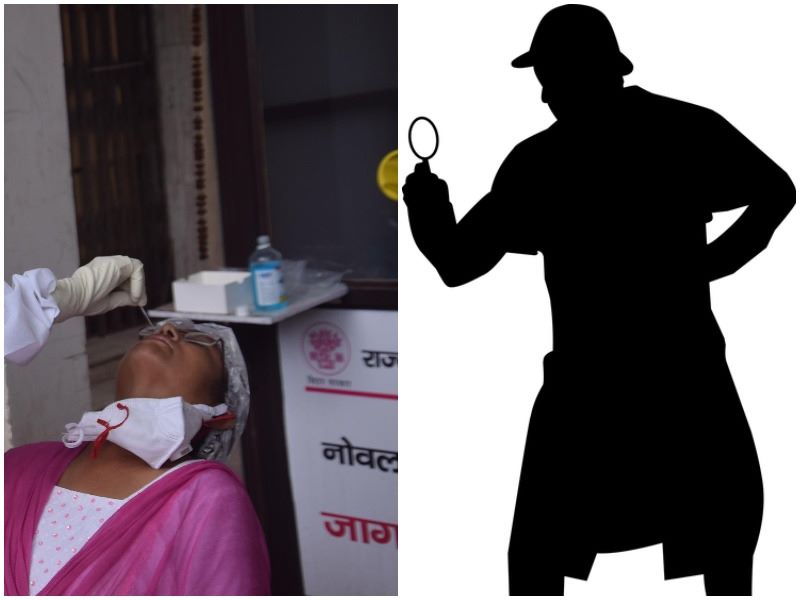 Delhi/IBNS: The Drugs Controller General of India (DCGI) has given its approval for the commercial launch of India's first Clustered Regularly Interspaced Short Palindromic Repeats (CRISPR), Covid-19 test 'Feluda' developed by the Tata Group and CSIR-IGIB (Institute of Genomics and Integrative Biology).

"This test uses an indigenously developed, cutting-edge CRISPR technology for the detection of the genomic sequence of the SARS-CoV-2 virus. CRISPR is a genome-editing technology to diagnosing diseases," said a release issued by the Ministry of Science & Technology.

Feluda, received regulatory approvals on Saturday from the Drug Controller General of India (DCGI) for commercial launch, as per ICMR guidelines, meeting high-quality benchmarks with 96% sensitivity and 98% specificity for detecting the novel coronavirus, said the release.

The test kit, which honours Satyajit Ray's fictional Calcutta-based sleuth Prodosh Mitra aka 'Feluda', has been devised by two scientists of CSIR-IGIB. Feluda--short for FNCAS9 Editor-Limited Uniform Detection Assay--is expected to provide fast and accurate detection of the virus.

"The Tata CRISPR test is the world’s first diagnostic test to deploy a specially adapted Cas9 protein to successfully detect the virus causing Covid-19," it added.

The launch marks a significant achievement for the Indian scientific community, moving from R&D to a high-accuracy, scalable and reliable test in less than 100 days, the release further said.

"The Tata CRISPR test achieves accuracy levels of traditional RT-PCR tests, with quicker turnaround time, less expensive equipment, and better ease of use. Moreover, CRISPR is a futuristic technology that can also be configured for the detection of multiple other pathogens in the future," it said.

Commenting on the development, Girish Krishnamurthy, CEO, TATA Medical and Diagnostics Ltd, said, “The approval for the Tata CRISPR test for COVID-19 will give a boost to the country’s efforts in fighting the global pandemic.

"The commercialization of the Tata CRISPR test reflects the tremendous R&D talent in the country, which can collaborate to transform India’s contributions to the global healthcare and scientific research world,” he said.

Dr Anurag Agrawal, Director CSIR-IGIB expressed delight that work started by CSIR under the sickle cell mission for genome diagnostics and therapeutics led to new knowledge that could be harnessed to quickly develop new diagnostic test for SARS-CoV-2.

He emphasized that this shows the interconnectedness of scientific knowledge and technology and the innovation of the young research team led by Dr Debojyoti Chakraborty and Dr SouvikMaiti.

The Tata Group has worked closely with CSIR-IGIB and ICMR to create a high-quality test that will help the nation ramp up Covid-19 testing quickly and economically, with a ‘Made in India’ product that is safe, reliable, affordable, and accessible.