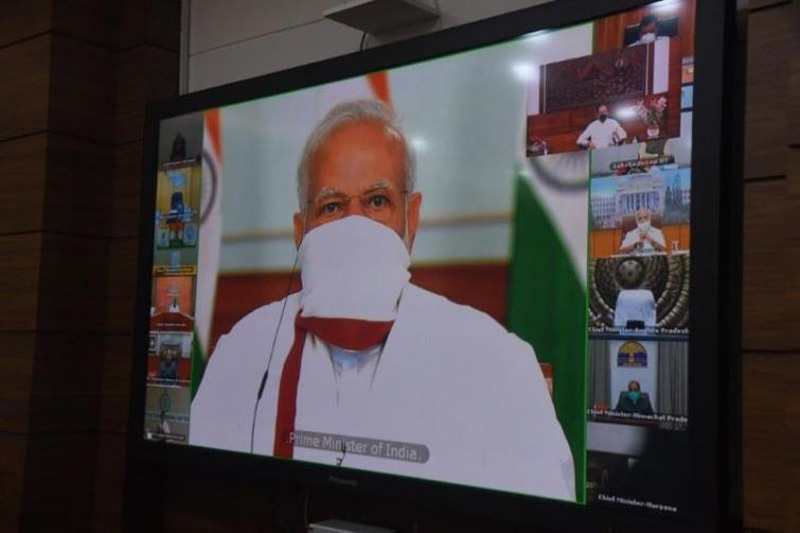 New Delhi/UNI: Union Health Minister Harsh Vardhan on Thursday said that the entire country, including the Chief Ministers of various states, are fighting the Novel Coronavirus pandemic together with Prime Minister Narendra Modi.

The observation came amid increasing criticism from the Opposition that the Centre has failed to consult the states on the virus.

Responding to the discussion in the Rajya Sabha on the Covid-19 situation in the country, the minister said, "Since January 8, the Prime Minister, the Ministers and State health ministers have been addressing the situation together. All Chief Ministers have fought this battle together with the PM."

In this context, he expressed sadness over many members stating that the states have not been consulted on Coronavirus decisions.

Over the last several months, several advisories and details were issued by the government even before the first case of Covid-19 in the country came to light on Jan 30.

"All types of advisories and details were given before the first case of COVID-19 in the country on Jan 30. An extensive contact-tracing was undertaken for the first Covid case. For the first case, 162 contacts were traced. That is how we started our history of contact tracing," he said.

The minister said that history will remember Prime Minister Narendra Modi for meticulously monitoring the entire situation himself.

The government was taking effective steps for development of vaccines, he said.

"We are confident that by the beginning of next year a vaccine will be developed," he said.

He said that in order to mitigate the economic situation due to the Coronavirus pandemic, several packages were announced by the Prime Minister, including the Rs 20,000 lakh crore Aatmanirbhar Bharat package.

An insurance scheme was devised for healthcare workers, the minister said.

"These schemes were devised to alleviate suffering of all sections," he said.

"It is a result of such efforts that our cases per million is lower than countries like the US and Brazil. Also our mortality rate is the lowest in the world. Our target is to reduce the mortality rate below one per cent " he said.

He said that several experts had predicted nearly 300 million cases by this time whereas the actual figure is far lower than that.