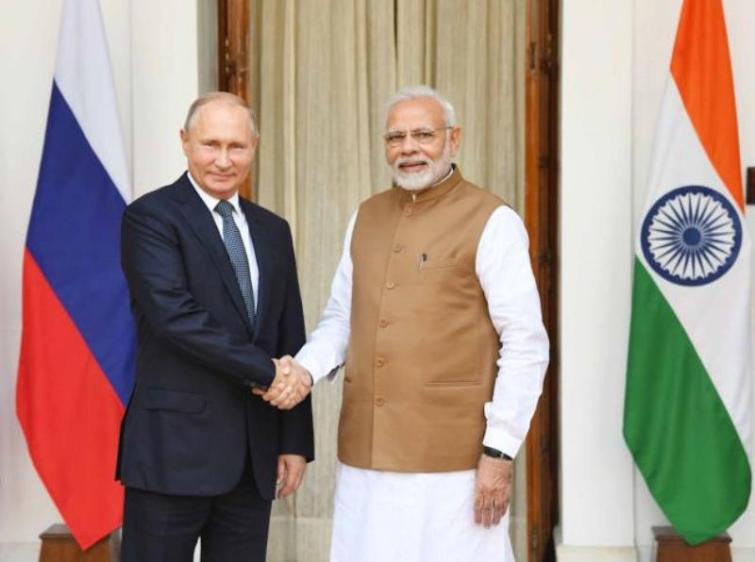 Moscow/Sputnik: The Russian Direct Investment Fund (RDIF) confirmed on Wednesday reaching an agreement to deliver 100 million doses of the Russian COVID-19 vaccine Sputnik V to India, specifying that the deal was reached with India's Dr. Reddy's.

Earlier in the day, a source told Sputnik that the RDIF would deliver 100 million doses of the vaccine to an Indian pharmaceutical company.

"The RDIF, Russia’s sovereign wealth fund, and Dr. Reddy’s Laboratories Ltd. (Dr. Reddy’s), a global pharmaceutical company headquartered out of India, have agreed to cooperate on clinical trials and distribution of Sputnik V vaccine in India. Upon regulatory approval in India, RDIF shall supply to Dr. Reddy’s 100 million doses of the vaccine," the RDIF said in a press release.

Deliveries could start in late 2020, the RDIF added.

A request for approval for the Phase 3 trials in India "will be filed shortly" to India's drug regulator, a RDIF spokesman told reporters.

"We are pleased to partner with RDIF to bring the vaccine to India. The Phase I and II results have shown promise, and we will be conducting Phase-III trials in India to meet the requirements of the Indian regulators. Sputnik V vaccine could provide a credible option in our fight against COVID 19 in India," Dr. Reddy's Co-Chairman and Managing Director G. V. Prasad said, as quoted in the press release.

The RDIF is pleased to reach the agreement with the Indian company, RDIF CEO Kirill Dmitriev said.

"Dr. Reddy’s has had a very well established and respected presence in Russia for over 25 years and is one of the leading pharmaceutical companies in India. India is amongst most severely impacted countries from COVID 19 and we believe our human adenovirus dual vector platform will provide a safe and scientifically validated option to India in the battle against COVID 19. RDIF partners will receive an effective and safe drug to fight the coronavirus," Dmitriev said.

In August, Russia registered the world’s first COVID-19 vaccine, developed by the Gamaleya Scientific Research Institute of Epidemiology and Microbiology.