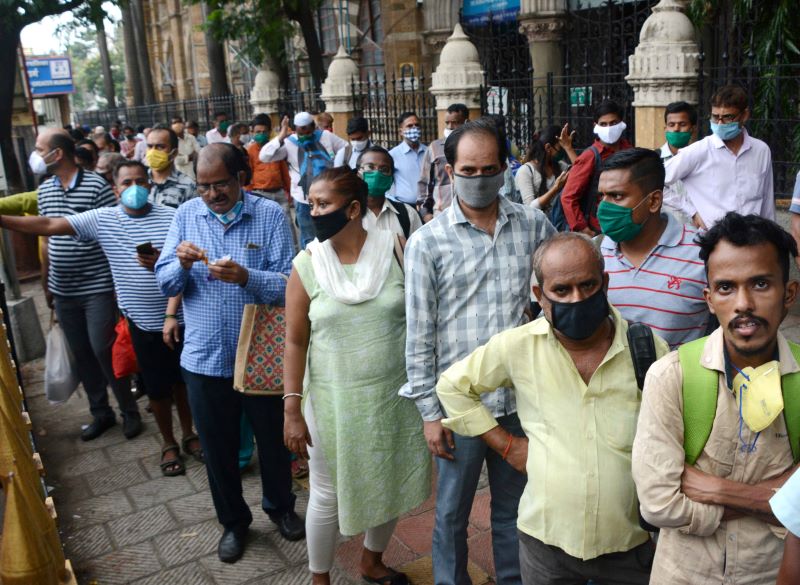 India may have reported 6.4 million Covid-19 cases by May, says ICMR's Sero Survey

New Delhi/IBNS: India, the second worst Covid-19-affected country in the world, may have reported 64 lakh infections by May while the country was in the lockdown mode, said a Sero Survey conducted by the Indian Council for Medical Research (ICMR), media reports said.

The survey has found that 0.73% of adults in the country were exposed to the virus.

The report has stated a total of 64,68,388 infections in adults were reported by early May when the country was not even in the first phase of Unlock.

"The findings of our survey indicated that the overall sero-prevalence in India was low, with less than one per cent of the adult population exposed to SARS-CoV-2 by mid-May 2020. The low prevalence observed in most districts indicates that India is in the early phase of the epidemic and the majority of the Indian population is still susceptible to SARS-CoV-2 infection," the report said as quoted by the media.

India, which has been battered by the contagion both medically and economically, is registering a steep rise in Covid-19 cases in each passing day even more than seven months after the vast country of 1.3 billion people reported the first infection in Kerala.

On Friday, 36 states and union territories in the country reported 96,551 new cases, taking the tally of infections to over 45 lakhs.

Meanwhile, India is going through Unlock 4 as major economic and social aspects of lives have resumed following the Covid-19 protocols.

While shopping malls, restaurants, pubs, gymnasiums, metro services have already been allowed to reopen or resume in the country, local trains and international flights barring the special ones are still waiting for the central government's nod to restart.