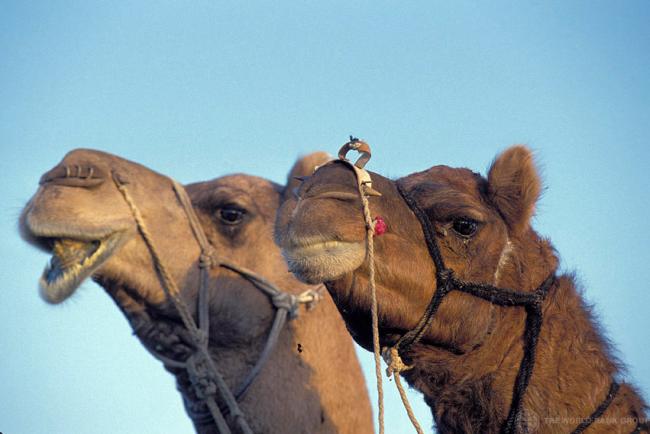 India Blooms News Service | | 14 Feb 2015, 01:40 pm
#Saudi Arabia invites UN health team in precautionary measure
New York, Feb 14 (IBNS) The United Nations World Health Organization (WHO) on Fridayannounced it is dispatching a mission to Saudi Arabia next week at the request of the Government to take preventive measures for a possible upsurge of cases of a respiratory virus linked with camels known as Middle East Respiratory Syndrome coronavirus (MERS-COv).

Globally, there have been reports of at least 975 cases of the MERS virus, with 358 deaths, according to WHO.

There were also reports, for the first time, of a case in the Philippines, involving a nurse who had returned from Saudi Arabia and had tested positive two days earlier, according to WHO. All of her contacts in the Philippines are now being followed, some of whom are showing signs of respiratory syndromes, but have tested negative thus far, the agency added.

Dr. Ben Embarek said that since the latest large outbreak in May/June 2013, there had been a smaller surge in Saudi Arabia, which could typically be explained due to small hospital outbreaks. People were getting it through some sort of contacts with camels, or through close contact with primary cases in hospitals or households.

He also said there were sporadic cases in Oman and the United Arab Emirates, but it was not yet established whether there was a seasonality regarding the disease, or if it was connected to camel husbandry practices.

On why the virus was centred in Saudi Arabia, Dr. Ben Embarek responded to a reporter’s question by saying that it was present in the whole region, with Saudi Arabia being the largest, central country there. Patients in Saudi Arabia also seemed to be more likely to seek medical treatment.

A WHO mission would be going to Riyadh, Saudi Arabia, next week at the request of the Saudi Government, in order to take preventive measures for a possible upsurge of cases in the spring, he said.

Dr. Ben Embarek also said there was a need to increase surveillance in other parts of the world with large camel populations. Camels were not showing severe symptoms, perhaps some mild respiratory syndromes, which would not normally attract attention.

When it came to human cases, said that those with weak immune systems were at most risk, while healthy young adults would normally not show serious symptoms, he said. He noted the fatality rate was 35 percent, and it was not easily transmissible among humans.

Dr. Ben Embarek said that the vast majority of the cases had had exposure to one of the countries in the region. If one was suffering from one of the underlying conditions, one should try to avoid contact with camels, be careful when visiting markets, apply good hygiene practices, and avoid unnecessary visits to health centres, given that the virus was suspected to be circulating there as well.

“Little is known on the exact risk factors and the ways the diseases is transmitted, but close contact with camels and consuming raw camel milk ought to be definitely avoided,” according to the WHO doctor.