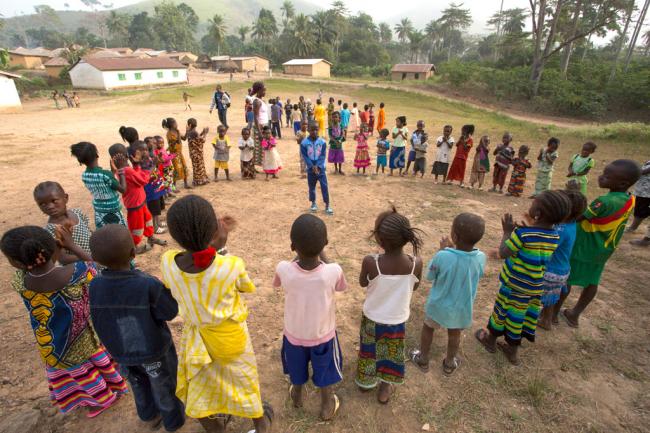 India Blooms News Service | | 07 Feb 2015, 10:44 am
#West African communities receiving Ebola, # Ebola
New York, Feb 7 (IBNS) Grief among the more than 16,000 children orphaned by the Ebola outbreak in West Africa runs deep, but most of them have been taken in by families thanks to the bonds of kinship that has proven stronger than stigma and fear associated with the disease, the UN Childrenâ€™s Fund (UNICEF) said on Friday.

Andrew Brooks, speaking to reporters in Geneva on behalf of UNICEF by phone from Dakar, Senegal, said some families had taken in three to seven children, and only around 500 of the 16,600 children had had to be placed in mass care centres.

Of the latter, Brooks said 80 percent of the children had been reunified with their extended families.

“Resilience of families, communities, relatives to take in the children had been impressive,”said Brooks. “Credit should be given to communities, as they had truly rallied to help out, and to Governments for taking a strong stand on supporting family not institutional care.”

“There were fears that stigma around Ebola would isolate the orphaned children, which would mean there would be thousands of abandoned children, but that has, luckily, not materialized,” he continued, adding: “The stigma and the fear has not completely disappeared, but the bonds of kinship and traditional relations has proven to be stronger, which was why families had taken kids in.”

“The reopening of schools in Guinea – and planned re-openings in Liberia and Sierra Leone – has been particularly important, as it will help children adjust and return to some normalcy and routine,” according to Brooks.

In other Ebola-related developments, the UN World Health Organization (WHO) reported that 22,525 people had now been affected by the disease, with deaths reaching 9,004.

In addition to reporting the first weekly increase in cases for the three hardest hit countries in 2015, WHO also warned that as the wet season approaches, there is an urgent need to end the outbreak in as wide an area as possible, especially in remote areas that will become more difficult to access.

The International Monetary Fund (IMF), meanwhile, said it will provide grants totalling some $100 million to be used as debt relief to the three countries worst hit by the Ebola epidemic. Guinea, Liberia, and Sierra Leone will use the funds to cover the cost of servicing their debt.

These grants come in addition to $130 million in emergency assistance the IMF disbursed in September under an existing loan program, as well as about $160 million in additional loans to the three countries proposed for IMF Executive Board approval later this month, according to a press release issued by the organization Thursday.