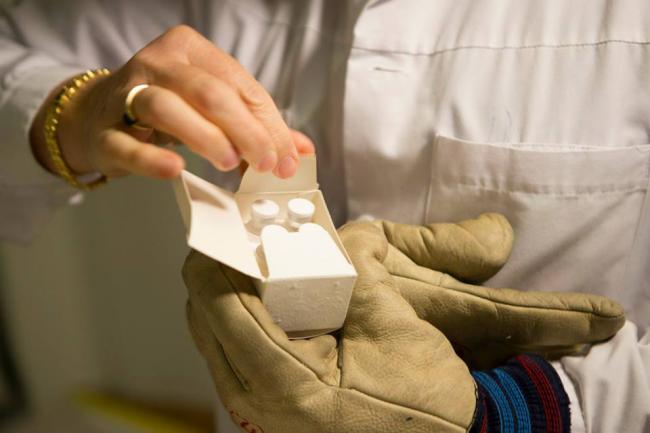 The agency also announced in Geneva on Tuesday the appointment of Dr. Bruce Aylward as its Special Representative for Ebola Response.

Dr. Aylward will be expected to also work more closely with the UN Mission for Ebola Emergency Response (UNMEER), the African Union, the Economic Community of West African States (ECOWAS), and other partners to support the Ebola affected countries to control the epidemic.

Also today, the United Nations Children’s Fund (UNICEF) told reporters in Geneva that, following the reopening of schools in Guinea on 19 January, Liberia is preparing to reopen its schools on 16 February.

UNICEF spokesman Christophe Boulierac said the agency and its partners are assisting in developing relevant safety protocols, for example: equipping every school with hand washing equipment at entrances and in every bathroom; ensuring upon entry to the schools and on a daily basis that the temperature of every child, teacher and employee is normal; and ensuring that every school has enough water, given that only 45 per cent of schools previously had access to water.

The vaccine trials in Liberia are being run by the Liberian Government in partnership with the United States National Institutes of Health (NIH) and would involve 30,000 volunteers in clinics and hospitals.

“They plan to test both leading candidate vaccines and compare both with a placebo group,” said WHO spokesperson Margaret Harris, adding that a smaller trial is taking place first that would test the acceptability, tolerability and the immune response in the trial currently taking place.

In Guinea, a so-called ‘ring vaccination trial’ for Ebola would take place based on the approach that was used to eradicate the smallpox virus, she noted.

Harris explained that when a case of contamination was discovered, the person contaminated and a ‘ring’ of people around them would be vaccinated, to see if that prevented further cases occurring.

In Sierra Leone, a different approach would be taken. Harris said.

Teams would carry out vaccinations in one area, then a few weeks later, vaccinate in another place. The idea behind the process, she explained, was that there should be fewer cases in the place where the first vaccinations took place, and show whether the vaccine was truly protective or not.

The focus in Sierra Leone would be on health care and front line workers, mainly in the western areas where there were still tremendous levels of transmission, she said.

The WHO spokesperson emphasized that it is important to note that the vaccine is a preventive measure, not a cure or a drug treatment for Ebola, which has affected 22,444 people with 8,959 deaths.

“It would be a tool to prevent outbreaks of Ebola, however, in the future,” Harris said, adding that everyone involved in the trials was a volunteer and understood they had volunteered to be part of a scientific trial.

“Trials have been carried out with animals, with non-human primates, who have had a very good reaction when exposed to Ebola and did not catch it,” according to Harris.