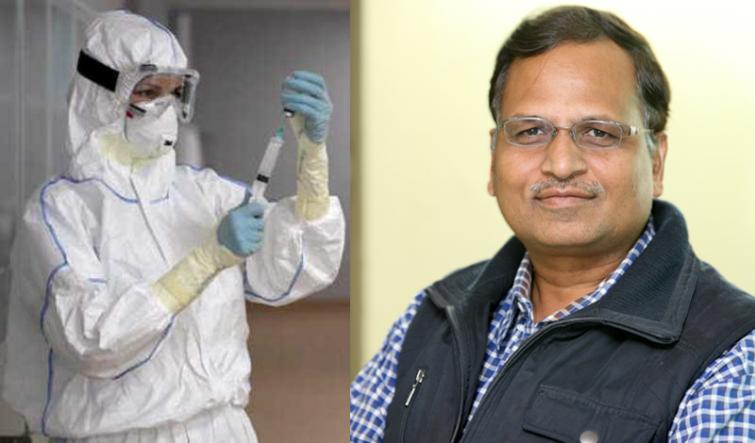 The Delhi Health Minister said that the survey will be based on a representative sample to understand the latest situation of the COVID-19 spread.

"Sero Survey was conducted in Delhi last month in which we collect blood samples and check the presence of the antibodies in a person. The presence of antibodies implies that the person was infected by COVID-19 but has now recovered. In Delhi, the survey was conducted by the National Centre for Disease Control (NCDC) in collaboration with the Delhi government on 21,387 samples," Jain said.

"The survey report has found antibodies in around 24 per cent, or 1/4th of the population in Delhi. This means that nearly one-fourth of Delhi’s population was infected by the COVID-19 and has recovered. Most of these people did not know that they were infected. The survey was conducted between June 27 to July 5. The Delhi government has decided to conduct Sero Survey every month from the 1st till 5th of every month," said Jain.

"I want to reiterate the fact that everyone needs to remain cautious. Every citizen of Delhi should wear a mask, maintain social distancing, and wash their hands repeatedly. The survey was conducted between June 27 to July 5, and the prevalence of antibodies can only be detected after 15 days of the infection. This survey report indicates the status of infection during June 15-30, which indicates that this is a month-old status," said the senior Aam Aadmi Party (AAP) leader.

"Many people may have got infected and recovered after that period. The survey is conducted in every area, containment zones, and non-containment zones. We are trying to collect a representative sample of the society, by collecting samples from senior citizens, young people, children, men, and women. Around 21,000 samples have been collected until now," he said.

"We are conducting a serosurvey based on scientific studies and analysis, surveys are not done on people who are willing to give samples, the segment of the population on whom the survey has to be collected is chosen," said Jain.