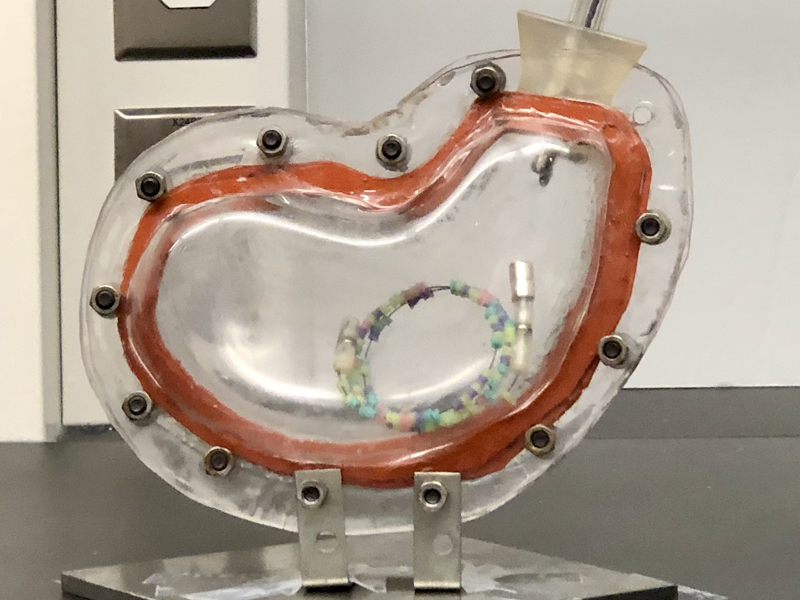 India has the highest number of tuberculosis cases in the world resulting in a huge number of deaths. Discontinuation of the medication’s regimen is one of the reasons for the spurt in the number of patients. Now researchers in the US and India are collaborating to create an innovative device to help treat the disease where this problem could be solved, reports SPAN writer Michael Gallant

Dangerous and highly contagious, tuberculosis (TB) has plagued humanity for thousands of years. Although tests and treatments exist to fight TB, it continues to kill hundreds of thousands of people in India, and over one million around the world, each year.

India has “the highest burden of TB disease in the world,” says Upasna Agarwal, head of the Department of Internal Medicine at the National Institute of Tuberculosis and Respiratory Diseases, New Delhi. “It is a major public health problem in the country, with a huge economic impact, in terms of treatment, care costs, as well as lost wages.”

TB is caused by bacteria that most often infect the lungs, but can attack any part of the body like the kidney, spine and brain. It causes patients to suffer bloody coughs, fevers, night sweats and other debilitating symptoms.

The roots of India’s TB problems are widespread and complex.

“As  Sir William Osler’s prophetic words, ‘Tuberculosis is a social disease with a medical aspect,’ imply, its elimination is a challenge. There are many social determinants like poverty, overcrowding and social stigma associated with the disease which need to be addressed,” says Nandini Sharma, director professor at Maulana Azad Medical College, New Delhi.

TB is also becoming increasingly resistant to medicines usually used to treat it, says Agarwal. With about 40 percent of India’s population infected with the bacteria but not experiencing any symptoms, TB can become freshly active and contagious any time, triggered by factors like a weakened immune system.

One of the most daunting obstacles to treating TB, though, has to do with its most common cure. To deal with the disease, patients in India are currently required to “come to a clinic daily and have a health care worker watch them take pills,” says Malvika Verma, who studied TB at the Massachusetts Institute of Technology (MIT). Patients must visit the clinics and take their medication, every single day, for six months before they are free of the disease. It’s a regimen that Verma describes as a huge burden for patients and health care systems, especially for TB cases in rural areas. As a result, roughly half of TB patients fail to complete their course of treatment, she adds.

This obstacle to treating TB has sparked a medical innovation that could make treatment easier for patients and health care providers alike.

The invention is a small, thin piece of metal wire strung with pills of anti-TB medicine. Inserted through a patient’s nose, the wire travels to the stomach. The body’s internal warmth causes it to curl up into a coil shape, which prevents the device from passing into the intestines and out of the body. Once successfully inserted inside the stomach, the coil slowly releases the drugs at a regular rate for up to four weeks. 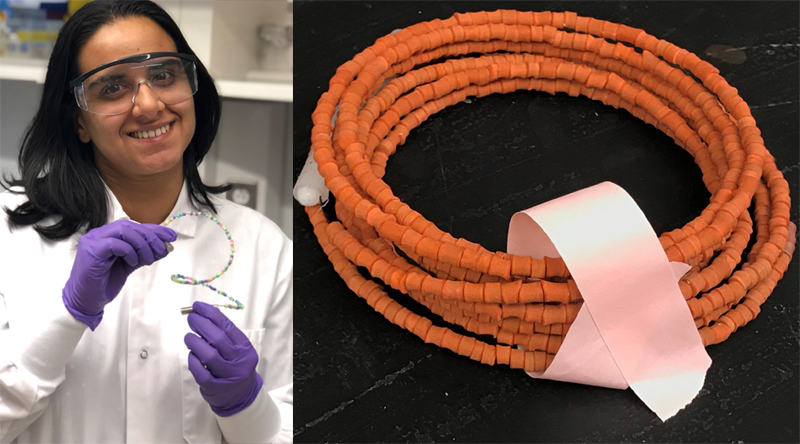 The device may be small, but its implications are huge. If patients use this new treatment, they will have to visit clinics only once a month, instead of once a day. They will, thus, be much more likely to finish a course of treatment and become fully cured, says Verma.

The device’s creation began several years ago at MIT when Verma, then a graduate student, collaborated with university professors Robert Langer and Giovanni Traverso to investigate ways to treat TB that didn’t involve daily pills and clinic visits. As their research progressed and the coil-shaped device began to take form, their team grew to include other TB experts from the United States and India, including Sharma and Agarwal.

“This is a totally new way of looking at TB treatment,” says Agarwal. During the research in India, she continues, the team was pleasantly surprised by the number of patients and health care providers who expressed willingness to treat TB with a device embedded in the stomach.

The  team is actively testing the device for safety and effectiveness, and studying how best to bring it to patients across India. “We anticipate initial trials to begin in the next five years,” says Verma.

Although much work awaits before patients can directly derive the benefits, the research team sees great potential in its invention. The procedure would not only help patients around the world stick with their treatment plans, describes Agarwal, but also drastically improve patient outcomes, reduce the disease’s resistance to antibiotic drugs, and more.