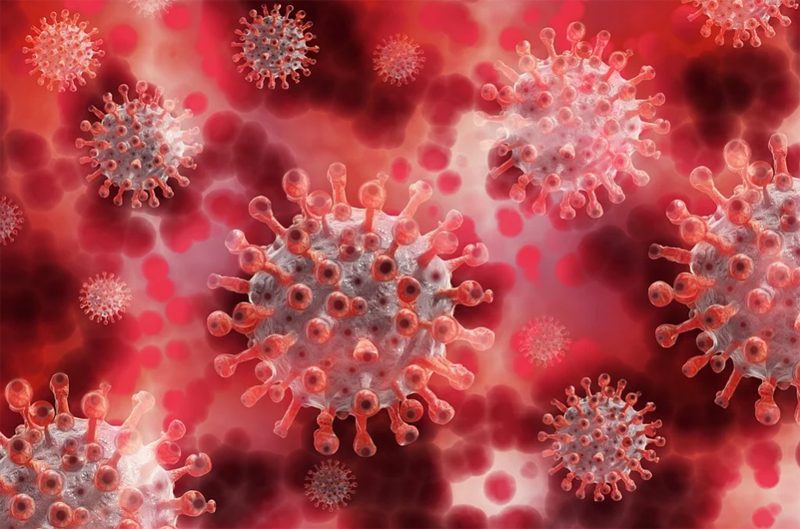 Srinagar/UNI: Six patients died in Jammu and Kashmir due to COVID-19, taking the death toll due to the infection in the Union Territory to 165.

Official sources said a 73-year-old man, a resident of Pattan in Baramulla, was admitted to S K Institute of Medical Sciences (SKIMS), for Chronic Obstructive Pulmonary Disease (COPD) with pancytopenia on Thursday. ''The patient, who tested positive for COVID-19, died at the hospital on Saturday,'' they said.

Another patient, a 55-year-old man from Bari Brahmana died at Government Medical College (GMC), Jammu. ''The patient, who had tested positive for COVID-19, died at the hospital this afternoon,'' they said.

They said a 45-year-old man, a resident of Trehgam in Kupwara, was admitted to Chest Disease hospital after he tested positive for COVID-19 on July 4. ''The patient, who was suffering from bilateral pneumonia and was on ventilator, died at the hospital on Saturday morning,'' they said.

They said a 77-year-old man, a resident of Hyderpora in Srinagar, was admitted to S K Institute of Medical Sciences (SKIMS) for Carcinoma Urinary Bladder, Bilateral pneumonia and Acute Respiratory Distress Syndrome (ARDS).

They said the COVID-19 positive patient, who was on ventilator, died at around 0750 hrs on Saturday.

They said that a 24-year-old woman, a resident of Hakura in Anantnag, was referred to SHMS hospital from LD hospital on July 3 for brain hemorrhage. ''The woman had undergone caesarean section to deliver a baby,'' they said, adding the patient, who tested positive for COVID-19, died at SHMS hospital on Friday night.

They said a 95-year-old patient, a resident of Shopain, was admitted to SKIMS, Bemina, on July 8 for Acute Respiratory Distress (ARD) and age related ailments. “The patient, who tested positive for COVID-19, died late in the evening on Friday,” they said.

As many as 26 patients -- including seven persons from Baramulla, six from Srinagar, a two each from Budgam, Anantnag and Kulgam, one patient each from Kupwara, Pulwama, Shopian, Jammu and Bandipora, and a BSF jawan -- died due to COVID-19 on the first five days of this week.

Doctors Association of Kashmir (DAK) has linked ignoring recommended precautions by people with surge in new cases and deaths due to the novel Coronavirus.

With these fatalities, the death toll due to COVID-19 has risen to 33 in Baramulla, which stand at number two. Srinagar is the worst affected district in J&K in terms of causalities with 40 deaths. Ganderbal district recorded the first death due to COVID-19 on July 4.

As many as 41 people -- including nine from Srinagar, 10 from Baramulla, five each from Anantnag, three from Kulgam, Budgam and Shopian, two each from Kupwara and Bandipora, one each from Jammu and Ganderbal -- died due to COVID-19 last week.