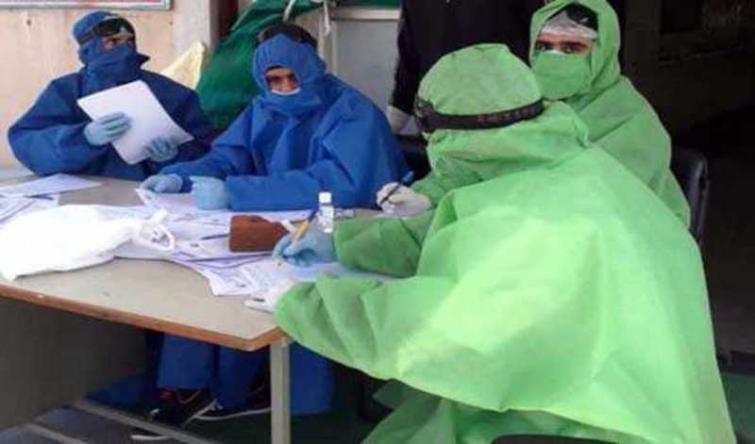 Srinagar/UNI: Three patients including two women and a 65-year-old man died due to COVID-19 in Kashmir, taking the death toll due to the virus in the Union Territory of Jammu and Kashmir to 146.

Official sources said a 65-year-old man, a resident of Nadihal in Baramulla, was admitted to SHMS hospital on Monday for bilateral pneumonia. “The patient died late last night in the hospital, they said, adding the tested sample of the Baramulla resident came positive for COVID-19 on Wednesday,” they said.

They said a 36-year-old woman, a resident of Nehru Park in Srinagar, was admitted to S K Institute of Medical Sciences (SKIMS) hospital on June 28 for breathlessness. “The woman, who tested positive for COVID-19, was diagnosed with pneumothorax,” they said, adding the patient suffered a massive heart attack and died at around 0245 hrs on Wednesday.

They said another woman, a resident of Shopian, was admitted to SHMS hospital on Monday for Community Acquired Pneumonia (CAP). “The 70-year-old patient, who tested positive for COVID-19, died late on Tuesday evening,” they added.

With these fatalities, the death toll due to COVID-19 has risen to 29 in Baramulla, which stand at number two. Srinagar is the worst affected district in J&K in terms of causalities with 35 deaths. Ganderbal district recorded the first death due to COVID-19 on Saturday.

As many as 41 people -- including nine from Srinagar, 10 from Baramulla, five each from Anantnag, three from Kulgam, Budgam and Shopian, two each from Kupwara and Bandipora, one each from Jammu and Ganderbal -- died due to COVID-19 last week.