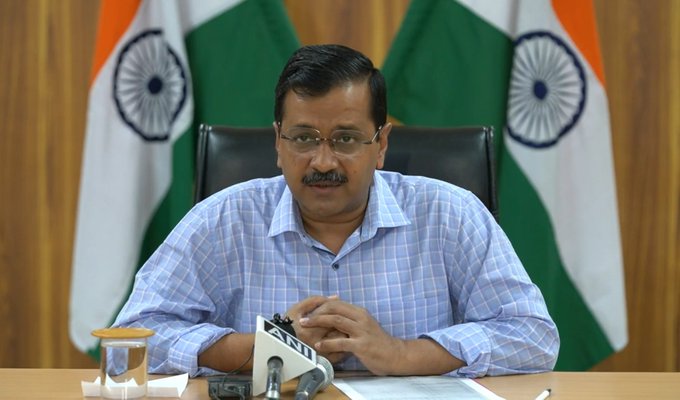 Fight against COVID-19: Kejriwal thanks CentreÂ

New Delhi/UNI:  Delhi Chief Minister Arvind Kejriwal on Sunday thanked the BJP-led NDA government at the Centre for their support in the fight against Novel Coronavirus.

Expressing his thoughts over the 1000 bed Sardar Vallabbhai Patel Covid hospital created in record time here, he said the city was in need of such a facility and further thanked the Centre for the same on behalf of Delhi government, as well as the people of the city, especially as the hospital has 250 dedicated ICU beds.

Kejriwal was present with the Union Home Minister, Defence Minister and the Health Minister, to review the hospital during the day.

Located adjacent to the Controller General of Defence Account (CGDA) office on way to Delhi airport, this centre has been set up by the Defence Research and Development Organisation (DRDO) in record 12 days, with the assistance from the Ministry of Home Affairs, Ministry of Health and Family Welfare, Armed Forces and Tata Trust.

The centre, with 1,000 beds, will also have specialised intensive care unit beds and will be fully air-conditioned. The armed forces personnel will man the hospital, a Home ministry official said.

The ICU and Ventilator Ward in the hospital has been named as Col B Santosh Babu Ward, in memory of the Army Commander, who attained martyrdom in Galwan Valley on June 15, the official added.

This centre is one of the largest Covid Care Centres in the world.