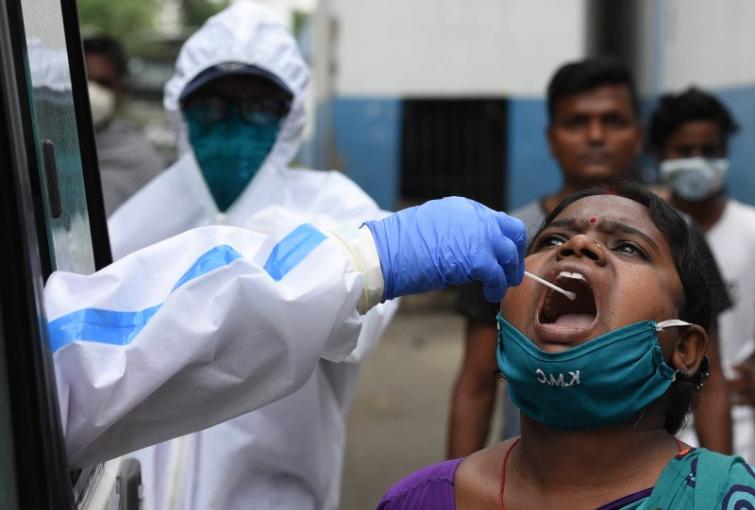 Chandigarh/UNI:  Punjab recorded two more COVID-19 fatalities and 175 fresh cases on Sunday, taking the death toll to 164 and the infection tally to 6,283 in the state.

According to an official bulletin, the lethal virus claimed one life each in Patiala and Tarn Taran districts today.

Of the fresh cases, 70 have been reported from Ludhiana district, 26 from Patiala, 16 from SAS Nagar, eleven from Ferozepur, ten from Amritsar, eight from Faridkot, seven from Jalandhar, six from Sangrur, five from Gurdaspur, four each from Pathankot, Moga and Bathinda and one new case each from Tarn Taran, Fazilka, Mansa and Fatehgarh Sahib districts.

The source of infection to five new patients is out of state, the bulletin said.

Of 164 fatalities in the state so far, 48 deaths have been registered in Amritsar district, 24 in Ludhiana, 21 in Jalandhar, 14 in Sangrur, ten in Patiala, seven in Hoshiarpur, six in Pathankot, five each in Tarn Taran, SAS Nagar, Kapurthala and Gurdaspur, four in Moga, three each in Ferozepur and Bathinda, two in Barnala and one each in SBS Nagar and Ropar districts.

As many as 4,408 patients have been cured of the virus so far in the state and discharged from hospitals.

The bulletin further stated that there are 1711 active patients and among them 26 patients are on oxygen support and three others are on ventilators.