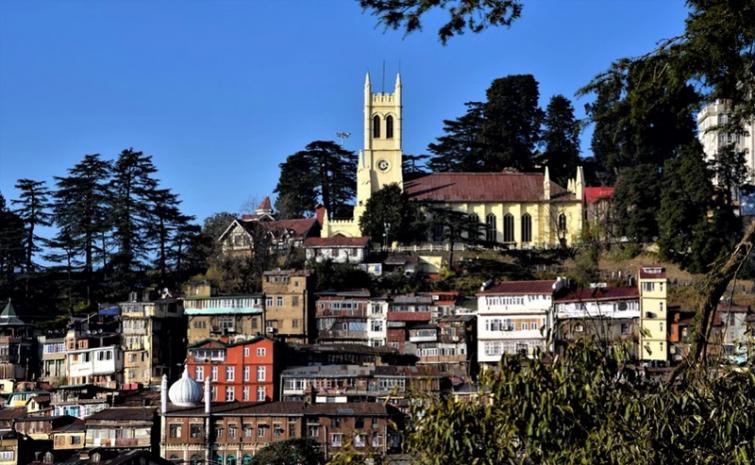 Shimla/UNI:  According to the statistics of the Ministry of Home Affairs of Government of India, till last Saturday, 658 corona-infected cases were detected in the state, out of which 406 persons have been recovered and discharged from the hospital.

"It is a matter of pride for Himachal Pradesh that it has succeeded in controlling the epidemic to a greater extent as compared to neighbouring states as well as many other large states of the country in fighting the Corona virus," an official said.

Himachal has proved itself to be the best in the recovery of Corona infected persons amid relief operations during the lockdown.

It is important that the rate of treatment is more than 61 per cent which is equal to that of other best performing states. So far now six deaths have been reported due to COVID-19 in the state, the official added.

All these people had returned from other parts of the country and were also suffering from chronic diseases.

The first case of corona positive in Himachal Pradesh was tested on March 19 and as a result of better health facilities being provided by the government, the state was about to become corona free.

However, as a result of the empathetic approach and timely decision of the state government, two lakh Himachalis were brought back from other states.

The corona cases increased due to people returning from other states, which was unavoidable as the Government could not afford to leave its people in distress.

However, the people returning from other states are being sent to their homes according to the quarantine norms of the state government only.

Immigrant Himachalis and migrant workers are being strictly adhered to a 14 day quarantine period in the state, which has helped in preventing the possible community spread of corona infection in the state.

The state government has started a 'Nigah' program to sensitize the families of people coming to Himachal Pradesh from other states.

Under this program, apart from conducting proper health checkup of every person returning to the state, full details of his journey are being gathered.

Teams of ASHA workers, health workers and Anganwadi workers are going back home from outside states to educate their families about the importance of maintaining social distance.

Under the dynamic leadership of Chief Minister Jai Ram Thakur, the state government started an active case finding campaign from April 1, 2020. Under the program, more than 16 thousand health and ASHA workers performed a door-to-door survey to identify people with influenza like symptoms in the state.

Himachal is the first state in the country to undertake such a campaign. The campaign has also been praised by the Prime Minister Narendra Modi.

The better health facilities provided by the state government have helped in quick treatment of corona cases in the State.

With the efforts of the state government and active support of the people, Himachal Pradesh can be made a corona free state, so it is imperative to keep a close surveillance on every person who comes back to the State.