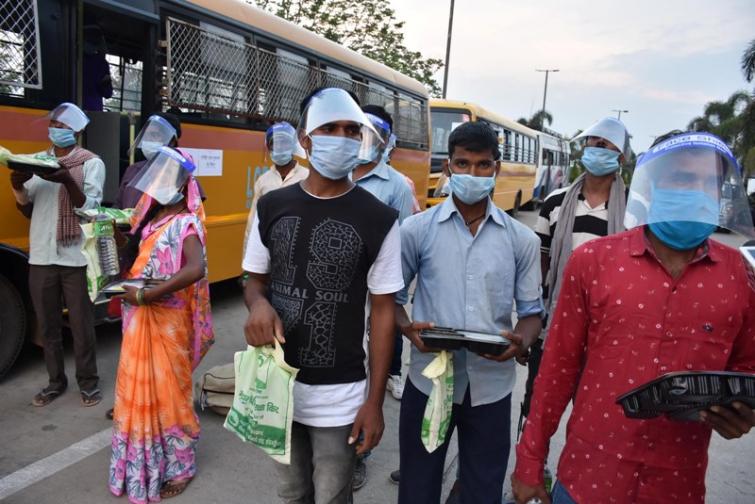 COVID-19 not growing exponentially in India, risk remains: WHO

Geneva/New Delhi/UNI: Appreciating government's efforts to combat outbreak of COVID-19, World Health Organization has said that the epidemic is not growing exponentially in India, but given its population density there is always a risk of disease-explosion.

''The number of cases in India has been going up by an average of a-third per week, so probably the doubling time of epidemic is about three weeks at this stage. So the direction of travel of the epidemic is not exponential, but it is still growing. In south Asia, not just in India but in Bangladesh, Pakistan and other countries in south Asia, with large dense populations the disease has not exploded, but there is always the risk of that happening,'' said Dr Michael Ryan, Executive Director, WHO Health Emergencies Programme.

In response to a question during WHO's regular press briefing on Covid-19 on Friday he warned that as the disease gets a foothold in communities it can accelerate at any time and this we have seen in a number of settings.

Appreciating the measures taken by the government he added a word of caution as restrictions are lifted. The measures taken in India certainly had an impact in dampening transmission and as India ...opens up and as people began to move again there is always a risk. There are specific issues in India regarding the large amounts of migration, the dense populations in the very urban environment and the fact that many workers have no choice but to go to work everyday, he said.

Dr. Soumya Swaminathan, Chief Scientist at WHO said that given the population of 1.3 billion in India the number of cases that we see now are ''still modest''. Important thing is to really keep track of the growth rate, the doubling time of virus, and make sure that that doesn't get worse, she added.

''Because it's such a heterogeneous and huge country with very densely populated cities to rural areas where the density is much lower, and also with health system being different in different states, all of these offer challenges to the control of Covid. As the lock-down is lifted and as restrictions are lifted ensure that in all aspects of life precautions are taken, the people understand. If you want behaviour change as large level, people need to understand rationale for asking them to do certain things,'' said Dr. Swaminathan.

She said that in many urban areas in India it's impossible to maintain physical distancing and therefore it is very important that people wear important face coverings when they are out and about, also in office settings where physical distancing cannot be maintained, in public transport, in educational institutions, as some states are thinking about opening. Every institution, organization, industry and sector needs to think about what are the measures that need to be put in place before you may allow functioning, and it may never be back to normal. Communication and behaviour change is a very large part of this whole exercise.