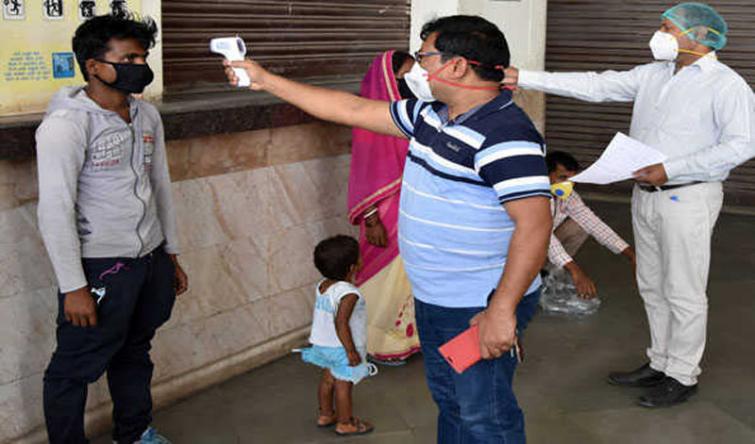 Chandigarh/UNI: Confirmed coronavirus cases continued to rise in Haryana with 111 fresh cases, taking the tally to 2188 in the state on Monday.

According to an official health bulletin, 48 fresh cases have been reported from Gurugram, 14 from Rohtak, 13 each from Sonepat and Hisar, eleven from Palwal, six from Faridabad and two new cases each from Fatehabad, Nuh and Jind districts today.

Of the 20 fatalities till now, eight deaths have been reported from Faridabad district, three each from Gurugram and Panipat, two from Ambala, while one death each was reported from Jind, Sonepat, Karnal and Rohtak districts.

A total of 1,037 patients, including 284 from Gurugram, 168 from Faridabad, 148 from Sonepat, 92 from Jhajjar, 65 from Nuh, 44 from Palwal, 40 from Ambala, 37 from Panipat, 25 from Panchkula, 20 from Karnal, 19 from Narnaul, 24 from Jind, 13 from Kurukshetra, eleven from Rohtak, nine from Sirsa, eight from Yamunanagar, seven from Fatehabad, six from Bhiwani, five each from Kaithal and Hisar, four from Rewari, one from Charkhi Dadri district and two US returnee Haryana citizens have been discharged from hospitals till now.

The total 2,188 positive cases exclude 14 Italian nationals. Thirteen of them had been discharged after their initial test was negative and one later tested negative for COVID-19. However, he died due to some other reason, the bulletin added.