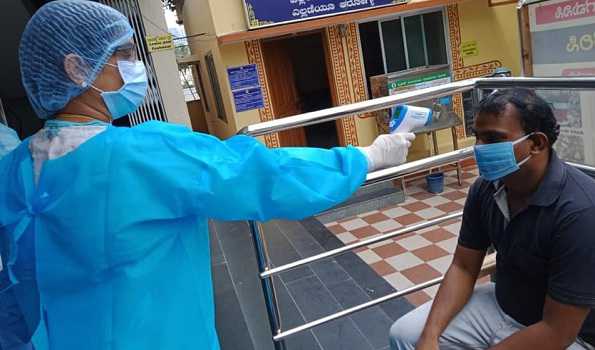 Kalaburagi/UNI: After a gap of two days, three fresh COVID-19 positive cases were reported in the district on Sunday, taking the total tally to 70, which includes six deaths.

The Health Bulletin released by the Kalaburagi Health office here said that a 30-year male, native of Kamalapur village of Kalaburagi who returned from Maharashtra three days back reported Covid-19 positive on Sunday.

A 35-year male, native of Afzalpur taluk of the Kalaburgi who suffering respiratory elements and a 72-year-old who was come to contact with a previous patient have also tested positive, the Bulletin said.

For this three fresh cases the number of patients in the district surge to 70 which included six deaths and 31 recovered and discharge.