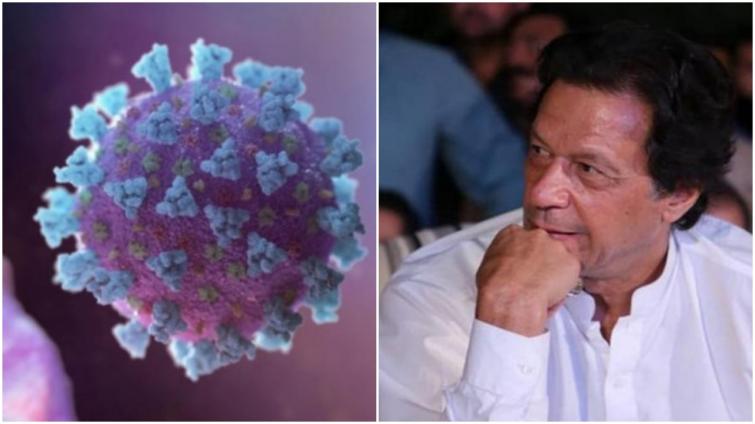 Islamabad/IBNS: Pakistan witnessed a major jump in the number of COVID-19 cases in a day as the country reported nearly 1000 instances on Saturday, media reports said.

So far, 272 people have lost their lives in the South Asian country due to COVID-19 outbreak.

Meanwhile, a report has emerged which is claiming that PM Imran Khan-led government has been sidelined by the country's powerful military after it failed to act decisively on the crisis or impose a lockdown in an attempt to curb the spread of cases.

Khan on Mar 22 told the nation that his government would not institute a sweeping lockdown.

He argued that it would put millions of people in his nation out of work and even leave families struggling to find enough food to eat.

But less than 24 hours later, military spokesman Major General Babar Iftikhar announced that the army would oversee a shutdown to halt the spread of infections in the world’s fifth-most populous country of more than 200m people, reported Financial Times.

Since those developments, the Pakistani Army has deployed troops across the country and has been orchestrating the coronavirus response through the National Core Committee.

The generals have seized the Covid-19 crisis as an opportunity to prove their competency in contrast to Khan, who was ridiculed after urging youth to join the Corona Relief Tigers Force, a volunteer body to wage “jihad” against the pandemic, reported Financial Times.

“The government left a big gap in its handling of the coronavirus. The army has tried to fill that gap, there was no choice,” a retired general told the newspaper.

The military’s takeover of the coronavirus response marks another policy failure for Khan in the eyes of the generals, analysts told the newspaper.

“In times of emergency, one has to take clear decisions and take them through. You can’t dither,” Nafisa Shah, a member of parliament from the opposition Pakistan Peoples party (PPP)," told Financial Times.

Shah said, “The whole world is advising strong lockdown. If the prime minister does not show that he is decisive, somebody else will.”

Doctors across Pakistan have even protested against the lack of protective gear provided to them to combat the disease.

Earlier this month, police arrested several protesting doctors in Pakistan who were demonstrating against lack of personal protective equipment (PPE).

These doctors are engaged in the battle against COVID-19 outbreak in the nation.

The demonstrations took place in the city of Quetta in Pakistan’s southwestern province of Balochistan. Senior police official Razzaq Cheema confirmed the arrests to CNN.

In response, The Young Doctors Association (YDA) has announced an immediate boycott of all medical services in Balochistan, reported the American news channel.

According to CNN report, the protest comes a day after 13 doctors in Quetta contracted the novel coronavirus.